Some friends of mine had these great mash-up Halloween costumes this year, and they’d mentioned at a party this season that they’d like to upgrade them for a mini convention coming up this month. I’d like to say that they dragooned me into cosplaying with them, but I kind of volunteered. I’d made a similar costume before, how hard could it be, right? 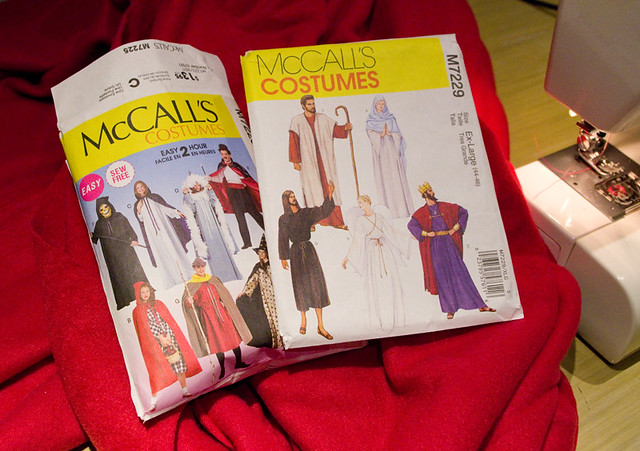 I’m adapting two McCall’s patterns: M7225 (Misses’/Men’s Cape and Tunic Costumes) and M7229 (Men’s/Misses’ Nativity Scene Costumes). I don’t want to come out and say what it’s going to be just yet, because I’m not a hundred percent sure that I’m going to get it done in time. What I will definitely say is that it’s definitely not what the pattern designers had in mind. 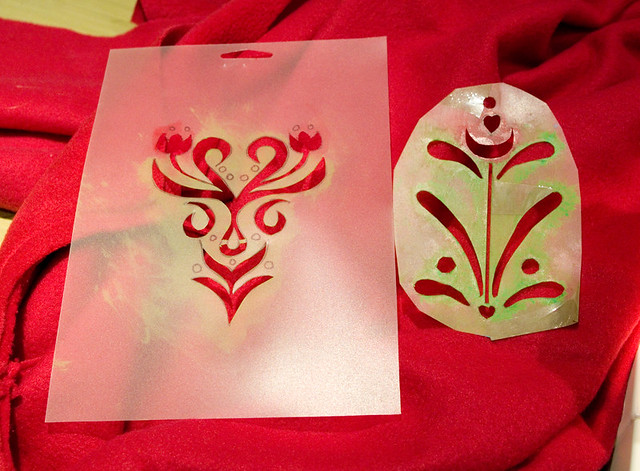 I’ll be re-using some stencils from a few years ago and, if you know the movie that part of this costume is based on, these motifs might give it away. Even so, I’d be surprised if anyone can guess exactly what this mash-up costume will be. (No giving it away for those I’ve already told in person!) 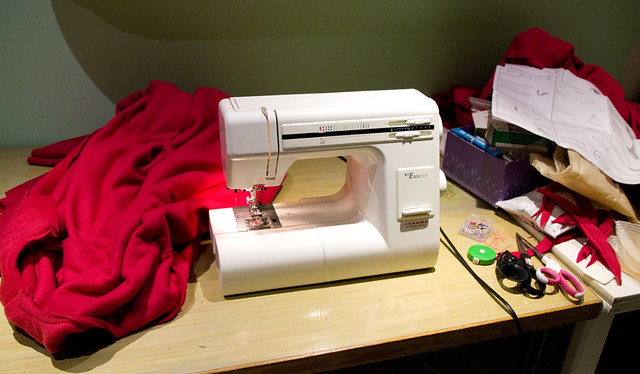 At any rate, I think that this view will be my life for the next few days. I really hope that this costume turns out well; if so, I might be able to persuade my kiddos to do a group with me for the next ComicCon. Right now they’re talking Legend of Zelda instead, which I totally approve of, but it would be so much easier if I already had one of the costumes done this far in advance.