I had planned on spending all day yesterday working on my costume, but a power outage until after noon made that highly problematic. I couldn’t even cut out pattern or fabric pieces, since that requires a large, flat surface, and the only spot like that in my house was my basement floor — where there was no power for lights. 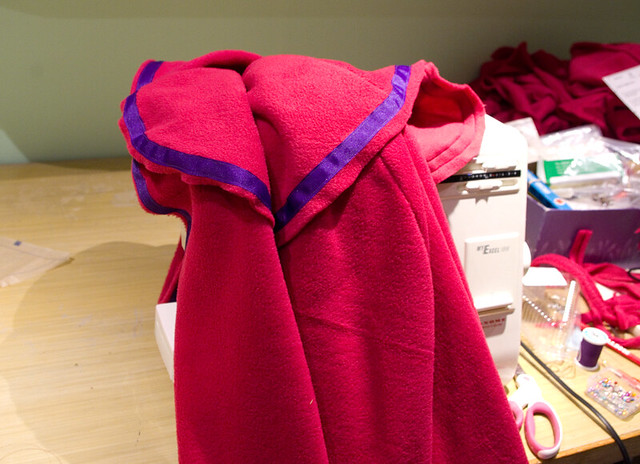 Luckily, I had a good portion of the rest of the day to work on the costume, and some progress was made. I am happy to say that at least one element of the costume is complete. I did have to take a break to cook and eat dinner, though. 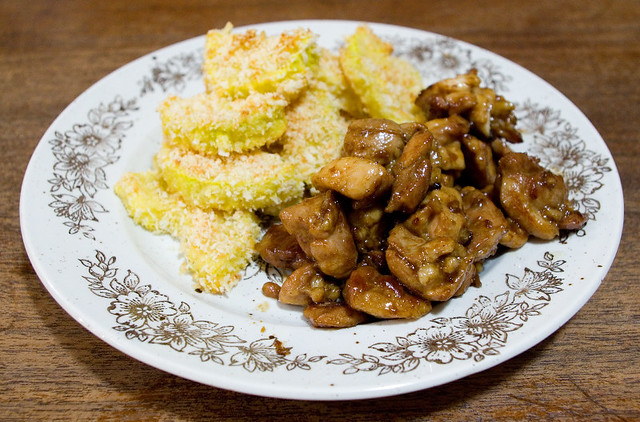 I didn’t want to make something that took hours of prep work, since I should have been spending that time sewing. I still had one enormous zucchini left to cook (my friends, overloaded with their harvest, kept bringing me more), so I made a big batch of baked Panko zucchini sticks. Normally I wouldn’t peel the zucchini, but this time I did because the squash was huge and old, so the skin was very tough. For meat, I chopped up some chicken, coated it in Golden Dragon Thick Teriyaki Sauce, and fried it up on the stove while the zucchini baked. It all turned out quite well, and it was found acceptable by my friend who came over in the evening to work on her own costume. We were up until well past midnight sewing, and we’re not done yet!