It looks like I have finally made it through my not-inconsiderable list of foods that I wanted to put up for the winter. I mean, I still have two pumpkins left to roast, but the puree is just going in the freezer, which doesn’t take nearly as long as hot water bath canning or pressure canning. If I don’t have to lug my canning rigs and bunches of jars out of the basement, it doesn’t count. 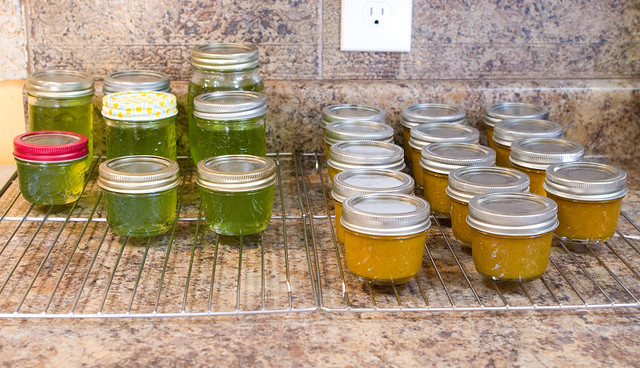 The last two things to put up were parsley jelly and hot sauce, both of which contained produce grown in my garden. I brought a big pot of parsley in with the first major cold snap about a month ago, and I kept it alive until I could chop it up for the jelly. The peppers for the hot sauce were brought in as they ripened, and then were frozen. This isn’t the greatest solution if you want your peppers crisp, but if you’re just going to run them through a blender or food processor, it doesn’t really matter. This way I was able to cook up a whole season’s peppers at once, instead of using them up individually as they became ripe. 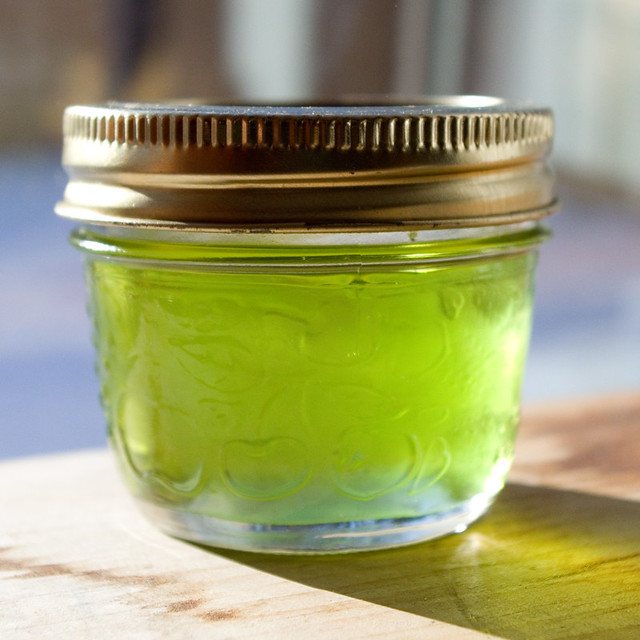 I was curious to try the parsley jelly (from page 298 of Preserving: The Canning and Freezing Guide for All Seasons by Pat Crocker (2011)), since I’d never heard of it before. Mint jelly, sure, but not parsley. Apparently it’s and English thing? This jelly can also be made with sage, thyme, or basil, in addition to the mint that I’m familiar with. Sadly, as good as it looks, the jelly didn’t set despite following the instructions to the letter. That’s why I added a “maybe” to this post title. I mean, I could just give up and chuck the unset jelly, or I could try to re-cook it. I’ve used this technique in the past and it has worked out well. But I am so incredibly busy with the Christmas season at the moment that I might just give up and try again another time. 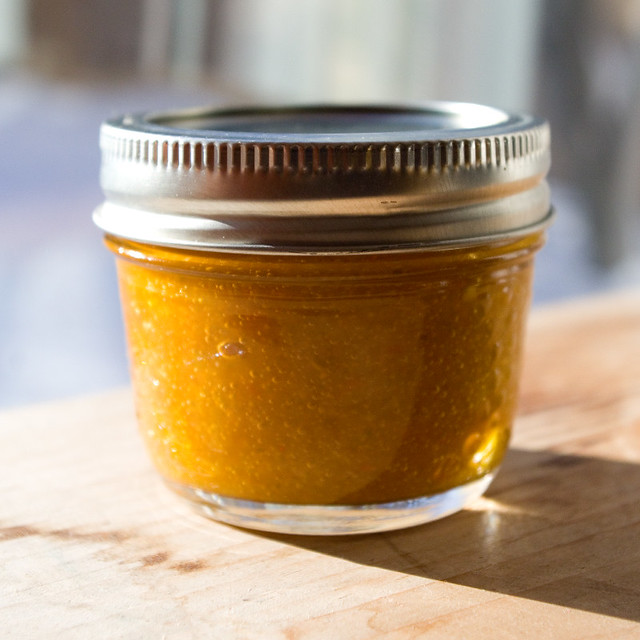 My hot sauce, however, turned out wonderfully. Since it’s a puree, it’s not like I have to worry about the set. I base my hot sauce on the Essential Habanero Hot Sauce from Genius Kitchen. I got great reviews on the sauce last year. Although the heat of the sauce varies because every summer I grow slightly different peppers, I’m pretty sure that this year’s is at least as hot as last year’s because even just the vapours from cooking it completely cleared my sinuses. Let’s hope the people I am giving it to for Christmas like it as much!