Boxing Day in our family is mostly a relaxing day where we play with our new Christmas toys and then head over to my parents’ place for the traditional turkey dinner. (I would have taken pictures of the food, but we all dug in so quickly that I didn’t have a chance!) Mom’s turkey dinner includes stuffing, gravy, Brussels sprouts, mashed potatoes, butternut squash and apple casserole. Dad makes Yorkshire pudding that we either cover in gravy or spread with butter. 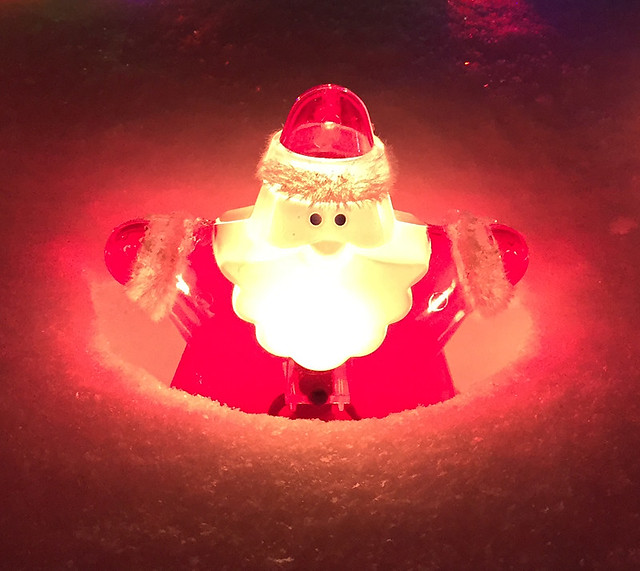 My contribution to the meal this year was my usual pumpkin pie. It’s usually one of my best desserts, but I was really disappointed with it this time. The consistency was good, the crust was reasonable (considering it was in the fridge for two days), but the filling was almost bitter. I distinctly remember putting sugar in the filling, but I doubled the recipe and I think what I did was double everything except the sugar. This also means that I have a second, bitter-tasting pumpkin pie sitting in my freezer that I might just throw out. What a waste. It was almost palatable smothered in whipped cream, but that’s not a ringing endorsement.

See, this is what happens when you bake for three days straight in preparation for a holiday: something’s bound to get messed up. I should have just thawed one of the berry pies that I’d frozen for future use back in the summer. I wanted to be traditional with pumpkin pie, but in retrospect it would have been better to lighten the cooking load a bit. Oh, well. Maybe I’ll have learned my lesson by next year.