Yesterday was Valentine’s Day, which for me meant that the day before was spent in the kitchen baking. Okay, well, not the whole day; some of my time was spent in the kitchen dealing with a leaking dishwasher. That slowed things down immensely. Luckily, the issue was a slightly-clogged drain pipe and dirt in the door seal that kept it from being watertight, and a good cleaning of the machine fixed the leak. If your dishwasher is going to leak, a fix without having to purchase expensive parts is best, really. Also, there wasn’t enough water that came out to cause much damage. The basement ceiling is a drop ceiling and the walls and floor are only half-finished, so there’s not much there for the water to damage anyway. 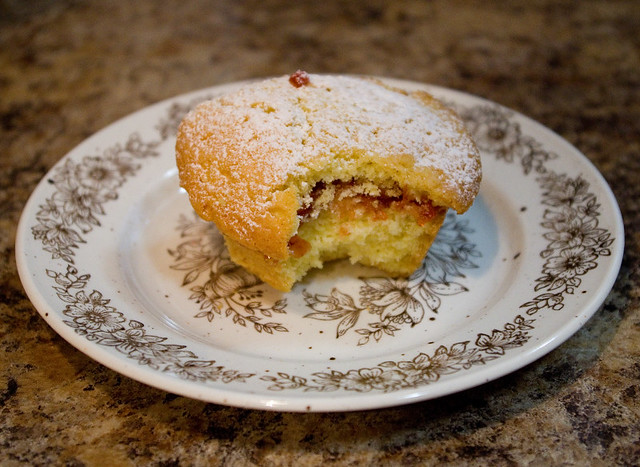 When I did get to bake, the first thing I tried was a double-batch of White Layer Cake found on page 110 of Essential Cooking Basics: The New Cook by Mary Berry & Marlena Spieler (1997). I used crab apple jelly that I’d made back in the fall as filling. This recipe was very nicely illustrated and easy to follow. It yielded lovely cupcakes that had a crumbly, buttery texture, which were similar to a good cornmeal muffin on top but with a softer middle. The recipe does call for self-rising flour, which I’ve come to realize is a really common ingredient in British recipes, but isn’t something the average cook would have in the pantry around here. Heck, not all grocery stores carry it. Fortunately, it’s easy enough to make with all-purpose flour, baking powder, and salt: directions here.

As I discovered, a single batch only yields about a dozen cupcakes, and I wanted to make 48 (half for Thing 1’s Guide troupe, and half for Thing 2’s Sparks troupe). By the time I’d figured this out, I’d run out of a few ingredients; this recipe takes a lot of eggs. I was getting a bit pressed for time, so I dug out a package each of IKEA Muffinsmix Choklad and Muffinsmix Citron (just-add-water chocolate and lemon cake mix, respectively). Thing 1 got the IKEA cupcakes and Thing 2 got the Mary Berry ones, and I honestly think that Thing 2 got the better end of the deal by a long shot. 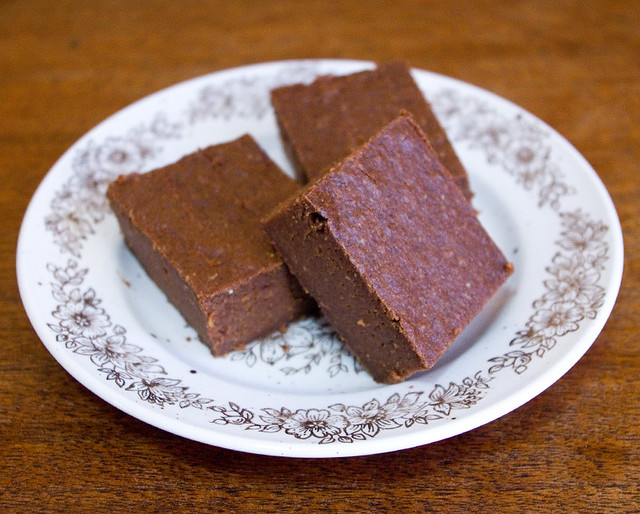 Next came the treats for the treats for the girls’ homeroom classes at school. I’d planned on making orange sugar cookies for which I’d found a vintage Bake King recipe sheet tucked into an old cookbook, but those required the dough to be chilled and I had simply run out of time. I fell back on a recipe that I’d used successfully in the past for Fudgy Pumpkin Coffee Brownies (minus the coffee, since the intended audience was children). This recipe can be found on page 222 of Purely Pumpkin by Allison Day (2016). Once again, I substituted whole wheat flour for einkorn or light spelt flour, and even with this change, the brownies turned out great. This recipe invariably yields moist, rich brownies with just the right level of sweetness. As a bonus, I got to use up some of the Halloween pumpkin puree that’s still in my freezer. And none of the brownies came back home, so I figure that at least some of the kids (and/or the teachers) liked them.