The “on this day” features on my phone and Facebook and whatnot keep reminding me that last year at this time the city was really greening up. Leaves were unfurling, plants were sprouting, and spring had definitely sprung. This year, not so much. I mean, that’s probably a good thing, because it’s only been two weeks since we had an ice storm. For those who don’t live in northern climes, ice or snow on leaves instead of bare branches puts a whole lot of weight on trees, meaning a lot more breakage and overall damage. Not to mention the frost damage that would have affected lower-growing plants. So in the long run it’s probably good that spring is springing slowly this year, even if it does mean that things like Ontario parks have had to have a delayed opening.

But if you look closely, you can see some signs of life, like buds on a lilac bush: 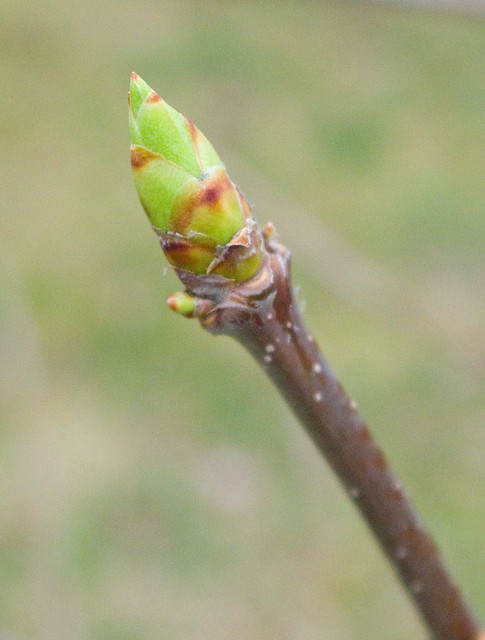 Or on a pear tree: 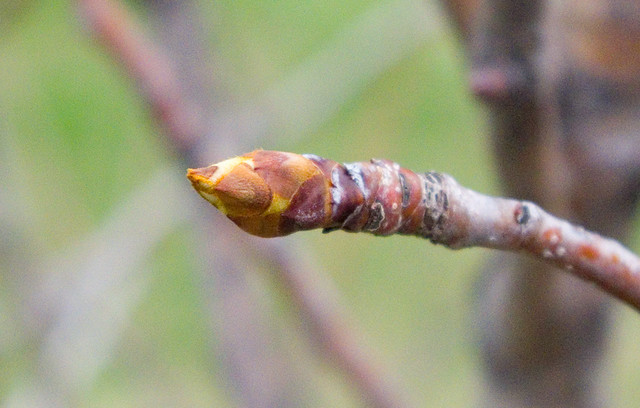 And hardy rhubarb sprouting up despite being thoroughly trampled by the fence installation guys in the fall: 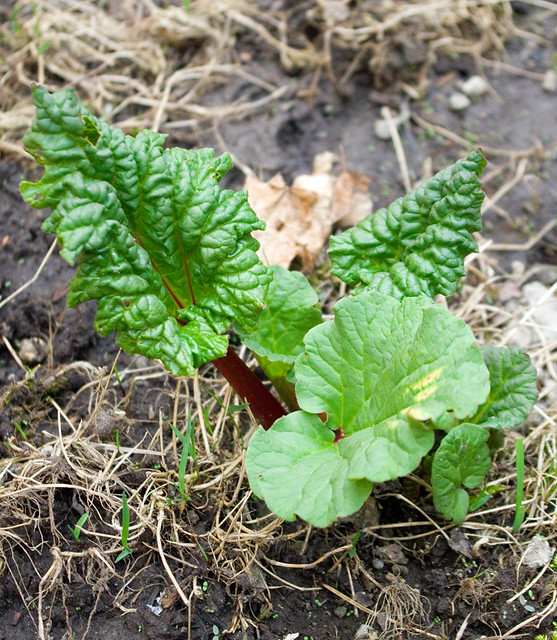 With any luck, my harvest will be better than last year’s.

Of course, the tiger lilies are one of the first plants to shoot up after the snow recedes — they generally survive the last few freezes of the season just fine: 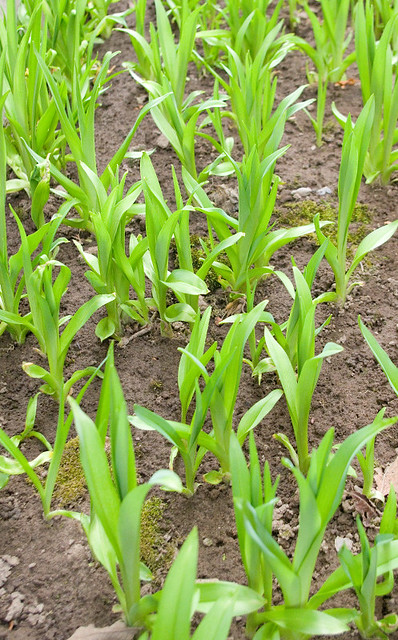 And the first dandelions have started to bloom: 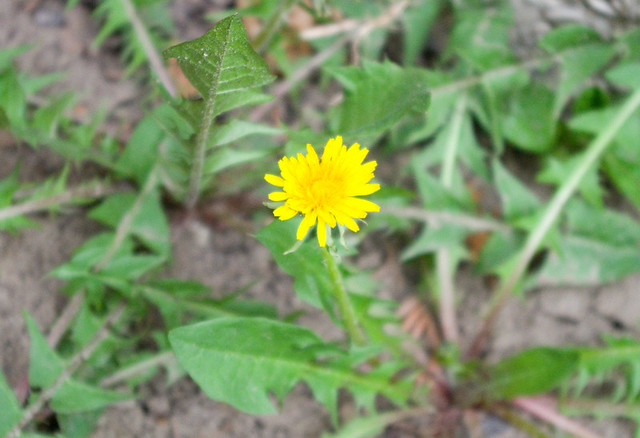 I have to admit that I’m not a huge fan of digging dandelions out of my lawn and my gardens, but they are one of the earliest foods for bees in the spring before the rest of the plants flower. So, yay!

I don’t generally plant my gardens until after the May 2-4 weekend, as late frosts can kill tender young plants. Given the weather we’ve had this year, I may be extra-cautious and not plant for another week after that, at the start of June. I mean, it hit 28°C (82.4°F) yesterday out of the blue, but average temperatures for May are generally much lower than that. However, I still enjoy seeing the native and perennial plants coming back in force after the temperatures rise.