Sunday going into Monday we had one heck of an ice storm. It was possibly as bad as the one in 1986, but nothing close to 1998. Even so, 43,000 people in town lost power and the city was turned into a virtual skating rink. 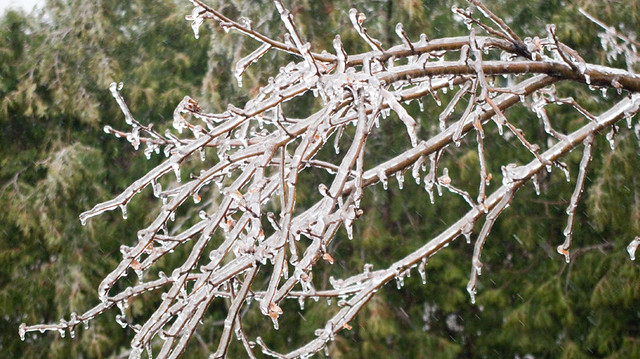 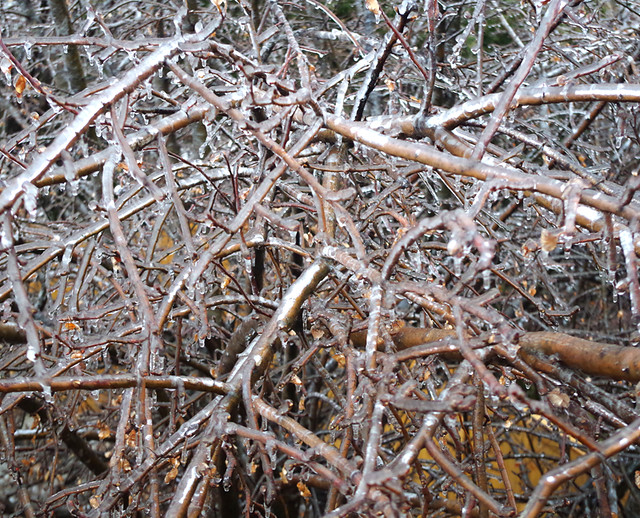 Now, freezing rain isn’t a new thing in this city. But this is the latest that I can ever remember it closing everything down — I mean, it’s April, for crying out loud! My kids had a “snow day” (“ice day””?) yesterday. It’s nuts. 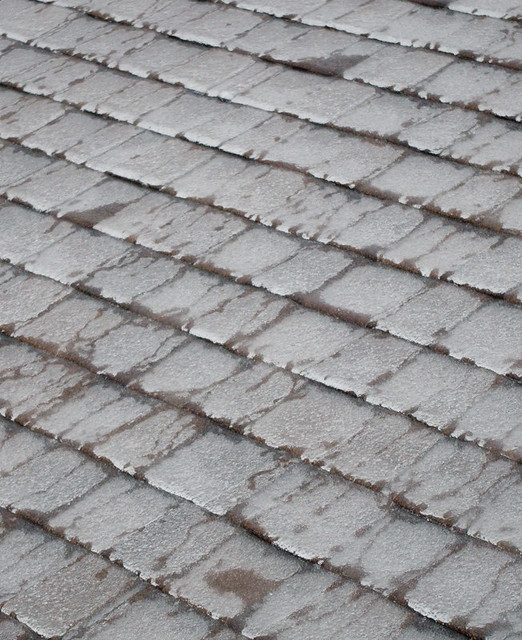 It got even more dangerous to be outside as the day went on and the temperatures rose, causing the ice to start falling off the trees and the roofs. Some people had flying ice shatter the windshield of their car. Everyone avoided the areas around buildings and trees to reduce the likelihood of being brained. At least here in Ottawa we don’t have any super-tall buildings like the CN Tower dropping big chunks of ice onto other buildings and damaging them. 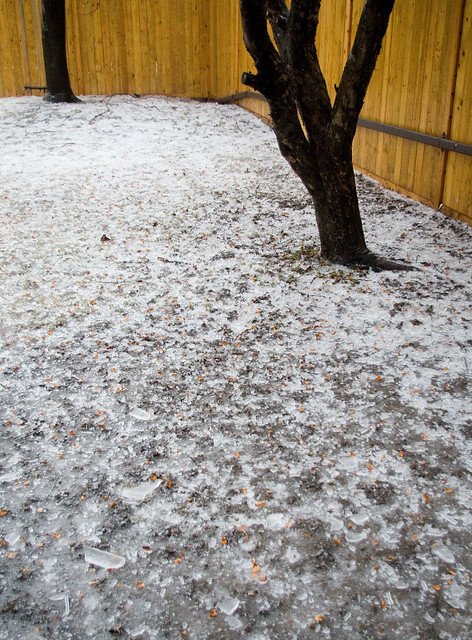 As the sun set, the ground was covered in a few centimeters of slick ice from the freezing rain, and then another layer of broken ice from the branches and buildings dumping their loads. Many of the ice chunks were bigger than my hand, and almost two centimeters thick. 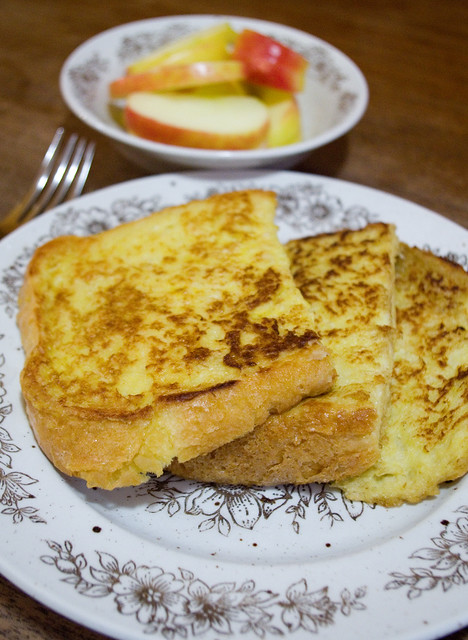 Right before a big storm like this, around here the things that people tend to stock up on are milk, eggs, and bread. I think this is because, with a typically Canadian mentality, we tend to have lots of food put by in the freezer or the pantry to get us through bad weather, but we tend to run out of perishables. A common joke based on this trend is that everyone wants to make French toast when the weather is stormy (a dish which is comprised primarily of these three ingredients). Now, I don’t think I’ve ever made French toast during a storm before, but I was looking for a quick and easy meal for last night, so I figured why not? I had the supplies, after all.

I’d made Egg-Enriched White Loaf (page 67, Bread Machine: How to Prepare and Bake the Perfect Loaf (Jennie Shapter (2002)) earlier in the day (although I’d had issues with the amount of liquid and had to add more than the recipe recommended). I sliced that bread thickly and used the recipe for Pain Perdu on the Restigouche from page 19 of Anita Stewart’s Canada (2008) for the coating. (Yes, the book I had on reserve finally came in at the library.) I do know how to make French toast the way my parents taught me, which has rather more eggs and less milk (I used almond milk in any case), but I rather liked this new way of doing it.

Hopefully the weather will clear a little Tuesday so that my house-bound children can get to school, and this stir-crazy mom can get out of the house, if only for a coffee!