My garden has definitely reached the “overgrown” stage. I sent the girls in to pick some tomatoes, and, well… 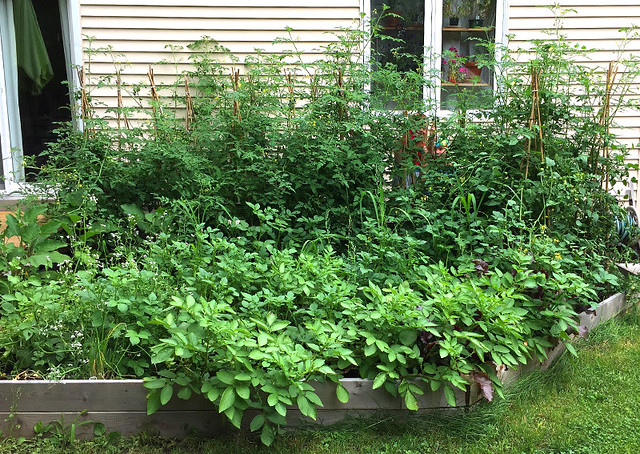 I almost lost them! 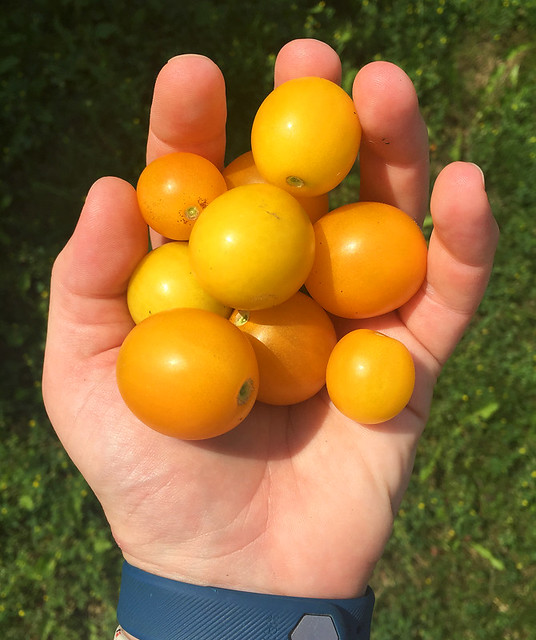 Just the other day I got what I’d consider my first real harvest of tomatoes (the first three cherry tomatoes didn’t really count, volume-wise). I thought that it was high time to bushwhack into the furrows and pick all of the ripe fruit before it rotted and fell into the dirt. 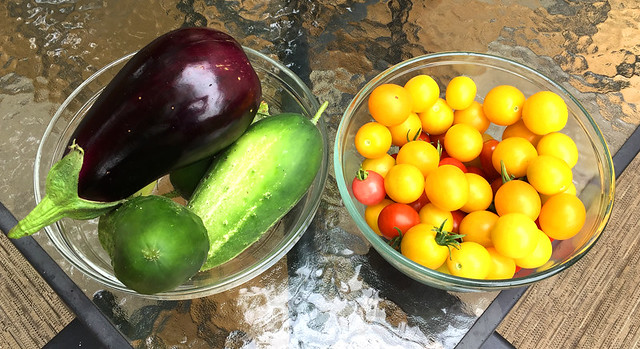 With Thing 1 and Thing 2’s help, I harvested a number of cucumbers, a bowl of tomatoes of various colours, and a lone eggplant. I did, however, forget that there are thorns on the greens of some kinds of eggplants, and I almost threw it across the room when I pricked myself. Lesson learned. 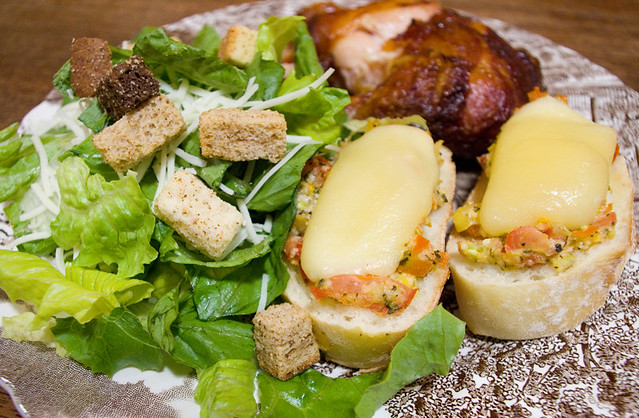 For dinner that night I wasn’t terribly inspired: just a rotisserie chicken and a pre-made Ceasar salad from the grocery store. But I did make bruschetta with the freshly-picked tomatoes! It’s honestly one of the quickest dishes in my repertoire. Throw tomatoes, a clove of garlic, a dash of olive oil, basil, and some grated parmesan into the food processor. Blitz it for a few seconds until it’s chunky, spread it on some thick slices of nice French or Parisian bread, and pop it in the oven at 350°F until heated and browned. This time, I also added a slice of lactose-free Gouda to the top of each piece of bread (any hard cheese that melts well will do). It’s lovely! As a bonus, it’s a dish that can be made in a toaster oven, i.e. outside where it won’t heat up the house in the dog days of summer.