Yesterday morning when I woke up it was a frosty -18°C (0°F) — okay, technically -17.9°C (-0.22°F), but the weather network rounded up. That felt like -27°C (-16.6°F) with the wind chill. Non-natives to the area might just think, “Well, that’s Canada for you, it’s always ridiculously cold there.” Okay, sure, it’s colder here than in many places, but not usually so early in the season. This is February weather. In November it’s generally grey and dreary, and hovers around the freezing point. Yesterday was the coldest November 22nd in the history of the city, beating the 1972 record by three and a half degrees. My friend in Whitehorse pointed out that it was a “balmy” -4°C (24.8°F) where he lives. 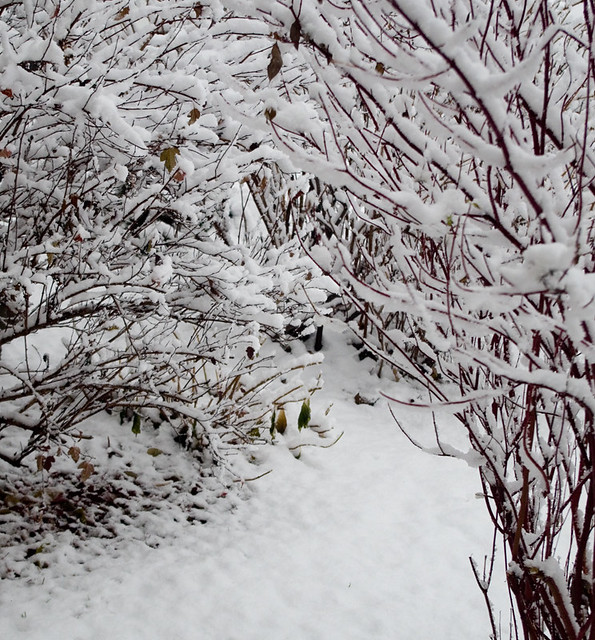 So I feel that I am justified in commenting on the fact that winter has come quite early to this neck of the woods. Don’t get me wrong, I actually like winter — for a while. I enjoy the changing of the seasons. It’s when the season doesn’t seem to want to change that I don’t like — either the stifling, humid days of high summer or the dragging, freezing days of the most intense part of winter. Those days when it seems like all there is to do is endure the season, not enjoy it. And it seems like that part of winter has come on pretty darned fast this year. Heck, my husband went on a ten-day business trip, and when he left it was still autumn. When he returned home, it was February. 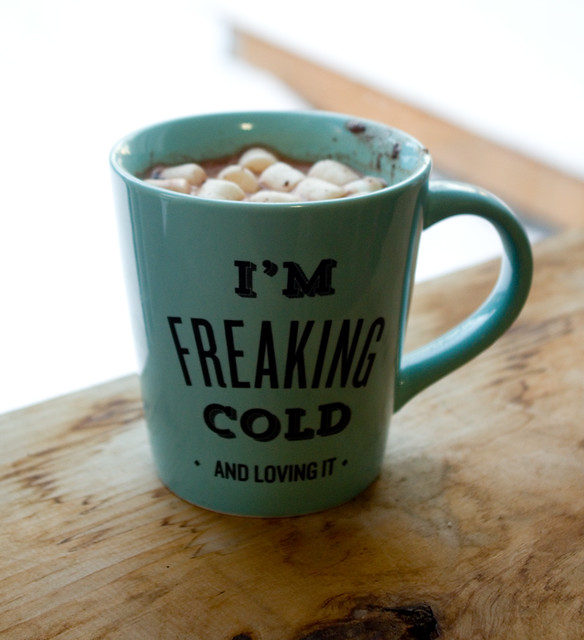 The kids, though, don’t mind the biting cold all that much, because it means hot chocolate when they get home from school. They walk, you see, so the weather hits harder than if they just hopped on and off a school bus. It won’t be the hearty meals that they remember fondly from this time of year — at least not until they get a bit older. No, it will be that warm mug of hot chocolate with tiny marshmallows while they read at the kitchen table and let the worries of the day fall away. Or perhaps, on slightly warmer days, that same mug after coming in from playing in the snow, red-cheeked and raw-nosed. How do I know that? Because it’s one of my favourite childhood memories as well.