Over the weekend two of my friends celebrated their birthdays together — the same two friends that I baked birthday pies for around this time last year. I asked them if they would like pies as gifts again this year, and they seemed to think that this was a marvelous idea! One of my friends even requested the same type of lemon meringue pie as last year, since it went over so well. 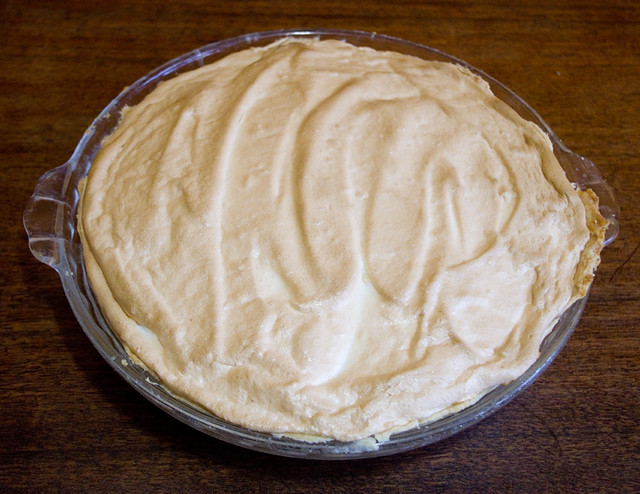 I don’t think the meringue was as fluffy this time, but I was much happier with the level of browning on the top — which I think can be accounted for by the oven, which we replaced in the meantime. I find that while it does have its own challenges (it runs pretty consistently 50 degrees F hot), it provides a much more even heat overall. 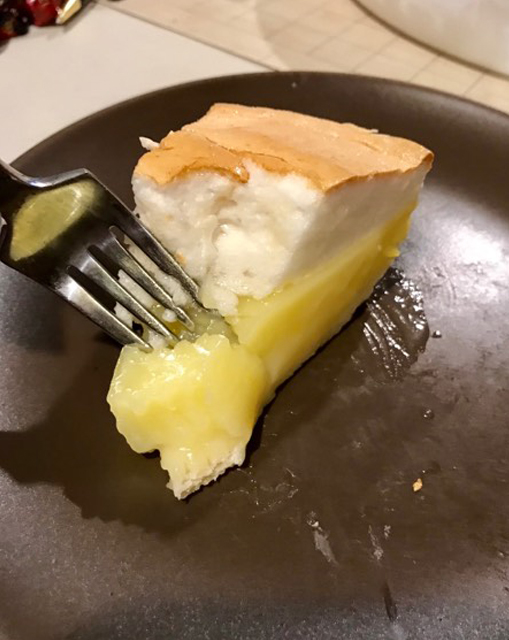 Sadly, the meringue topping got a little bit mangled in transit, but I’m assured that it still tasted fine! Once again, I used half of a crust recipe from page 73 of The All-New Purity Cook Book (Elizabeth Driver, 2001), the lemon meringue filling from page 687 of the Joy of Cooking (Rombauer & Becker, 2006 edition), and Soft Meringue Topping #1 on page 798 of the Joy of Cooking. 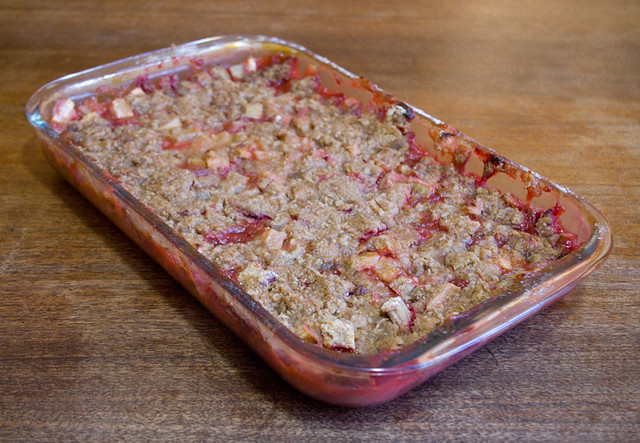 My other friend requested a change-up from last year with a fruit crumble instead of a pie. He really wanted rhubarb, and he was lucky that I still had some left over in the freezer from last summer’s harvest, because it’s well out of season around here. I mixed the rhubarb with some strawberries and green apples for added flavour and texture, and I did add a cup of sugar to the fruit because rhubarb is so very tart. To make this dish I used the Apple or Fruit Crisp recipe on page 392 of the Joy of Cooking. The final product kind of looked a mess, but I find that most crumbles do! I got to taste a bit of this one and I was quite happy with how it turned out as well. It was like a little bit of summer stuck smack dab in the cold and snow of February.