Every year for our family Halloween party, Thing 2 gets really excited when I tell her that I’m going to make what she calls “Graveyard Dip”. It’s really just a basic five-layer dip that I learned how to make from my cousin, decorated a bit to fit the Halloween theme. My cousin calls it “Wacko Taco Dip”, which is what we call it the rest of the year when I bring it to parties without the “gravestones”. It’s really quick and simple to make, and can be made the night before (or even a few nights before) if you’re well-prepared, or immediately before an event if you’re not. It will taste just as good either way. The measurements of the recipe may seem kind of arbitrary at first glance, but they’re made to be the size of a single package of that ingredient. If you’re doling out the ingredients from larger containers, don’t be too worried that your measurements are totally precise, since this recipe is very forgiving.

When I discovered that I was lactose intolerant, one of the reasons I was sad was that I couldn’t have this dip any more. However, I’ve discovered that it’s now possible to buy lactose-free cream cheese, lactose-free sour cream, and lactose-free cheddar cheese. I substitute them in equal quantities for their counterparts in the recipe and it doesn’t bother my tummy at all! 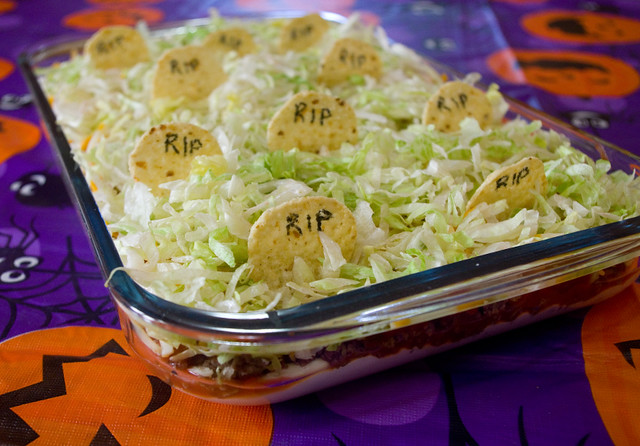 If making Wacko Taco dip, the dish is complete! Serve alongside a bowl of your favourite tortilla chips.

If making Graveyard Five-Layer Dip, take:
– 10 to 12 round tortilla chips
On each of them, write “RIP” with a:
– black, fine-tipped edible marker
Push each of these chips into the dip halfway so that the “RIP” is visible on the top. Now you have your gravestones. Serve alongside a bowl of your favourite tortilla chips. 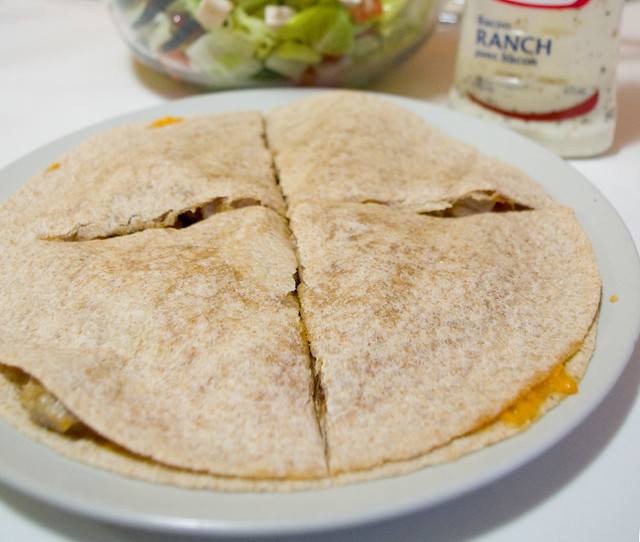