Today I was lucky enough to find a copy of Essential Cooking Basics: The New Cook by Mary Berry & Marlena Spieler (1997) for $1.25 at a local charity shop. I’ve just started watching Mary Berry on YouTube, which makes it seem like I’m way behind the curve since she has written more than seventy cookbooks, but honestly she’s not as big of a name here as she is in the UK! I mean, only seven of her books are available in hard copy via Chapters, and in brick-and-mortar stores she’s even harder to spot. It’s a tragedy, actually. My introduction to Mary Berry was via old episodes of The Great British Bake Off where she was the judge. 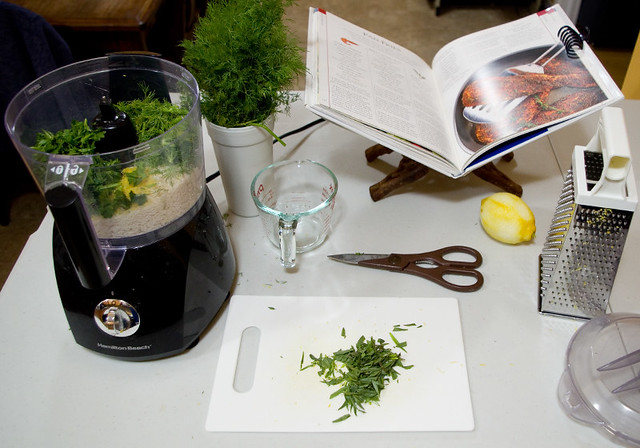 So I was thrilled to find a copy of one of her out-of-print books today. A quick perusal of the recipes within while I waited for the kids to get home made me realize that I had almost all of the ingredients for Herb-Crusted Fish (page 134). (My choice of dinner recipe had absolutely nothing to do with having pulled a muscle in my back when I shoveled the ice berm at the bottom of the driveway the day before, and hence wanting nothing to do with lifting heavy bags of flour or potatoes.) I thought that a quick trip to the grocery store would be all that I needed. Ha! Does it ever work that way? First of all, I couldn’t find bread crumbs that didn’t already have cheese or seasoning mixed in, so I had to go with Panko. Then the store was out of non-frozen haddock (what grocery store runs out of haddock?), so I substituted basa fillets. Then I went on to looks for chervil, which apparently is really hard to get around here, so I bought curly parsley instead, which an Internet search suggested as a reasonable substitution. (The other herbs, tarragon and dill, I already had in the fridge.) 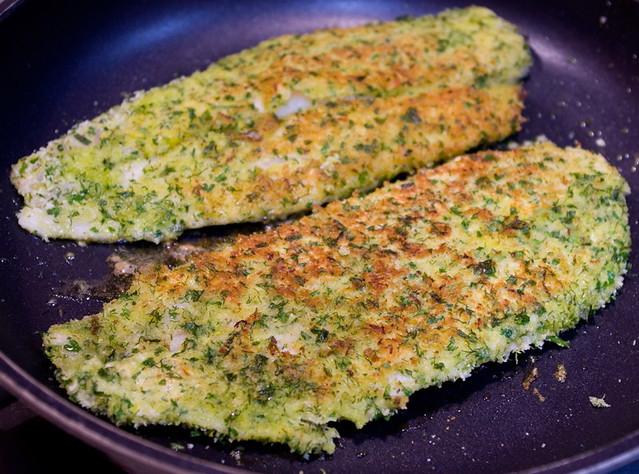 I mean, none of that was the recipe’s fault. The book is really intended for a British audience, so it’s not unheard of that some of the ingredients can’t be easily found this side of the pond. I’ve run into this problem with international cookbooks before. It is a frustrating, though. 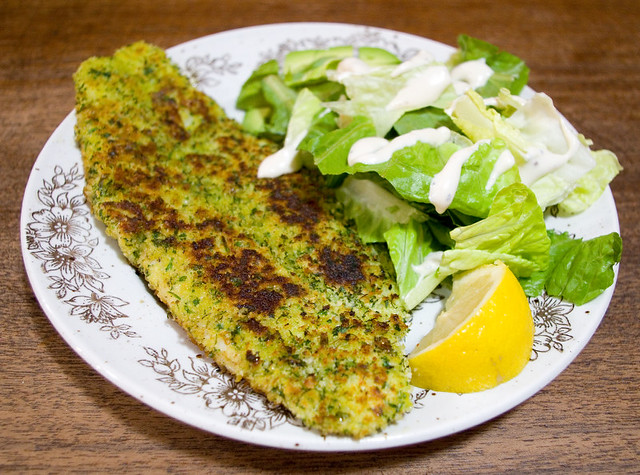 When all was said and done, I was really happy with the final product. The substitutions worked really well. I mean, I have no idea if it tasted anything like what Mary Berry intended, but it did taste good! The whole family ate theirs and asked me to make it again sometime. The recipe’s instructions were clear and easy to follow, which is exactly what I was looking for in a book with “basics” and “new cook” in the title. The step-by-step photos throughout were great as well. I hope that I’m past the “new cook” stage by now, but it never hurts to brush up. It’s also great to have an illustrated guide when the instructions are from another country, because the terminology sometimes changes. All in all, I look forward to preparing recipes from this book again. I also hope to use it to help my kids learn to cook.