I know I’ve been posting so many pics lately of my “new” vintage pieces that I’m preparing for the upcoming market season, but I’m so hyped! I’ve found so many cool things that I can’t wait to share with you all. For example: 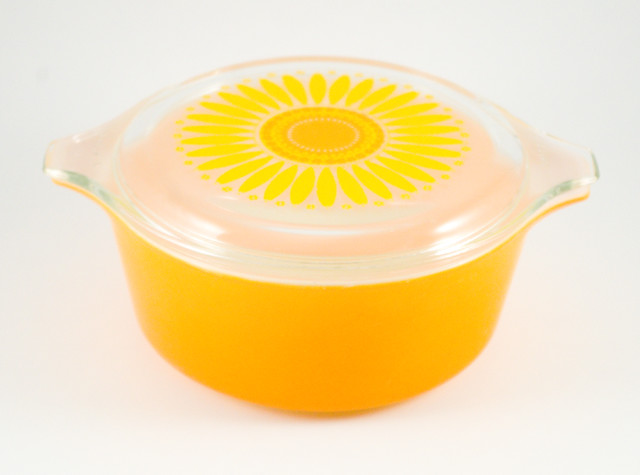 I’ve featured the Daisy pattern (1969-1970) on my blog before, but this is the first time I’ve had a casserole with the clear lid. It was also printed in the same pattern on a white lid during the same run. 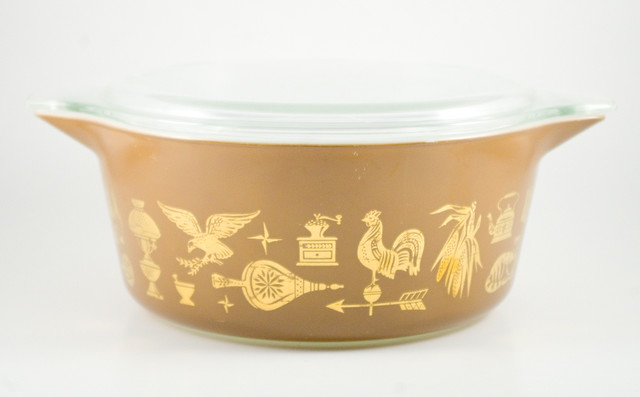 The Early American pattern (1962-1971) was also called Early Canadian; the pattern is the same, but it was named differently for the different markets. It came in multiple colourways, and all of featured designs printed in 22-karat gold. Since microwave ovens only started to become affordable for home use in the early 1970’s, and common beginning in the 1980’s, the company wasn’t able to foresee the issues surrounding metal decoration for dishes. Therefore, as with all Pyrex dishes with gold designs, this one isn’t microwave safe — but it is still good for fridge, freezer, and oven. 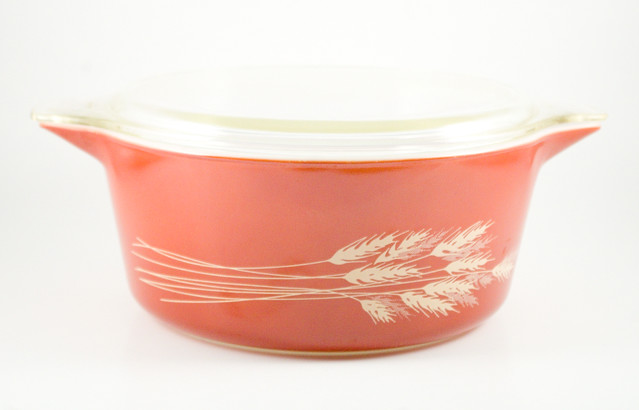 The Wheat pattern, from 1978, is a little more versatile than its fancier brethren, since the non-metallic screen-printed design is microwave-safe. 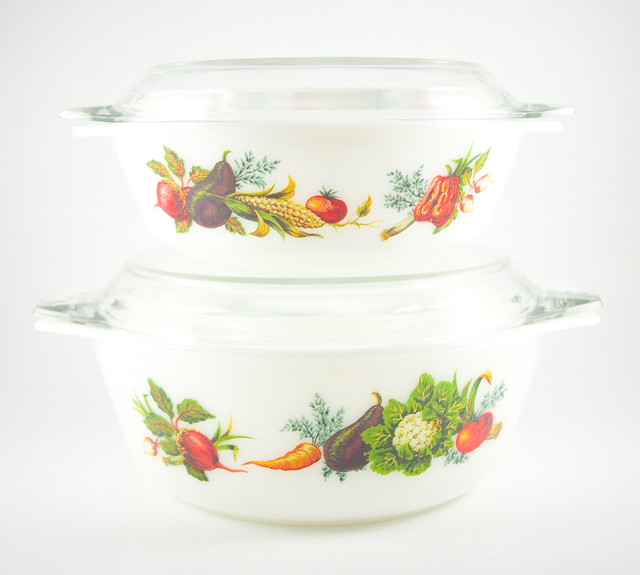 Last but not least, I found two versions of the Market Garden print (1971-1982), which remains as colourful and detailed as the day they were printed. These dishes were labelled as JAJ pyrex, which means they were made before 1973, since Pyrex made in England was only labelled as such between 1921 and 1973; after that it would have been labelled Pyrex England, when the company changed hands. I do find that there is quite a stylistic difference between the dishes made by the American and English subsidiaries of the company. Overall, the ones with American or shared designs tend to be plainer and simpler. However, many of the ones released solely in England are much more complicated, often with multiple colours, finer lines, and designs that are closer to photos than line drawings. Which one is better is entirely a matter of personal preference, though; functionally, they all work just as well.