I mentioned in my last post that since it’s in season, I wanted to do more cooking with maple syrup over the next little while. Well, after reading a book about kids learning to cook, Thing 1 has been bugging me to make fruit leather with her. Since fruit leather is just pureed fruit that has been dried, I figured why not? Also, it’s a great way to use up an overabundance of fresh fruit (not really a problem here in the spring) or the fruit that you’d forgotten about in the freezer (more of an issue of mine right now). 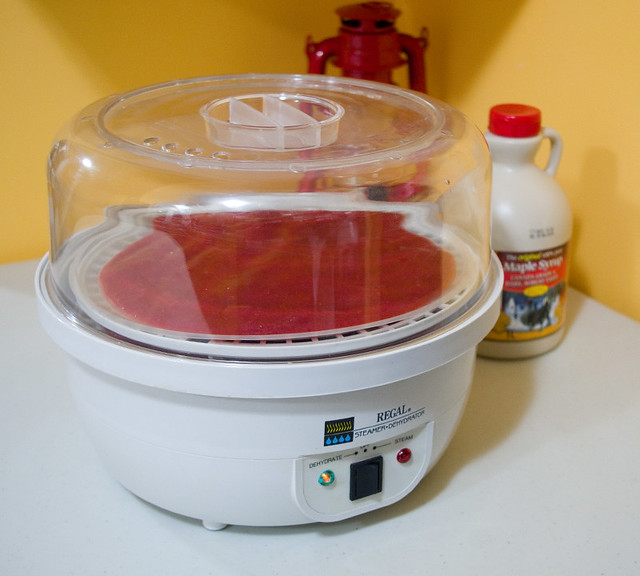 My parents actually used to make fruit leather and dried fruit for my brother and I when we were kids. This was the era of the Fruit Roll-Up, but my brother’s sensitivity to corn (and hence corn syrup) made most versions of this store-bought snack inadvisable. Actually, the dehydrator that I’m using now is exactly the same one we used when I was a kid; my parents let me have it when they realized they hadn’t used it since my brother and I moved out.

The instructions for the dehydrator recommend that if you’re going to use a sweetener when making fruit leather, you should “use corn syrup, honey or fruit juice instead of granulated sugar which tends to crystallize”. We’ve discovered that maple syrup actually makes a great, all-natural sweetener for fruit leather that does not crystallize — and it adds a lovely flavour as well.

As an aside, if you don’t have a dehydrator, you can make fruit leather in the oven by drying it out at 200°F (93°C) for eight hours or so… But a dehydrator is a much smaller machine and uses a lot less electricity, so if you’re going to make fruit leather often, I’d recommend buying a purpose-built machine. 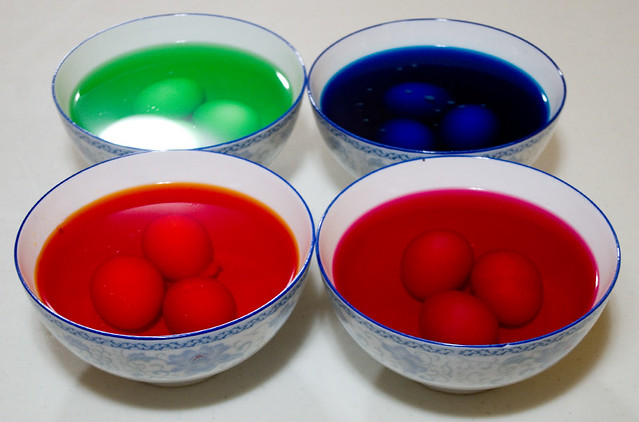 This is also the week leading up to Easter, which in our family means at the very minimum it’s time to dye some eggs! The kids like to take hard-boiled eggs to school in their lunches, so I made up a dozen for the week. 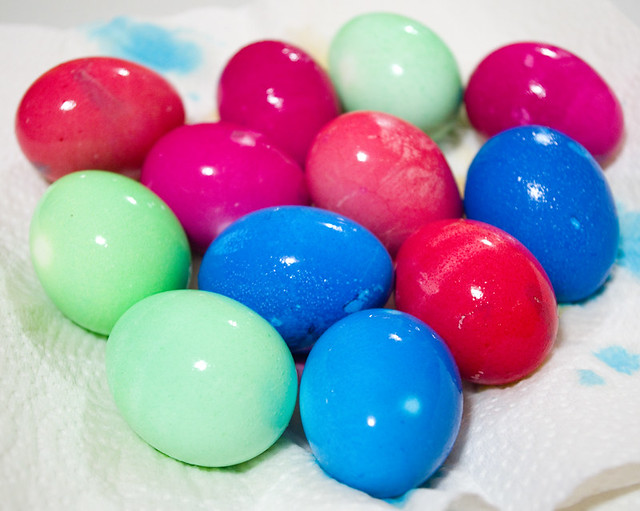 I used food colouring to dye the eggs vibrant, food-safe colours. There are all kinds of kits out there for dyeing and decorating Easter eggs, but a lot of them aren’t intended for consumption afterwards, so I like to stick with food colouring. The kids may decorate more eggs over the long weekend, though, and those will probably be with paint and glitter. They might be old enough to blow out the eggs to create permanent ornaments this year. Well, I know that Thing 1 is, but Thing 2 is not always as gentle as her big sister… And empty eggshells are mighty easy to smash. 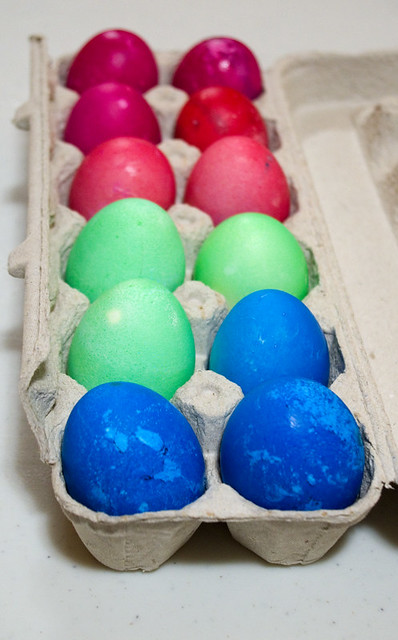 The nice thing about blowing out eggs for decorating is that you can save the yolks and whites and make lovely scrambled eggs, or breakfast burritos, or tamagoyaki (either by itself or in sushi), or egg drop soup. This way, no part of the egg would be wasted. I have to admit, wasting food is a pet peeve of mine. Sometimes it can’t be avoided, but all efforts should be made not to, you know? 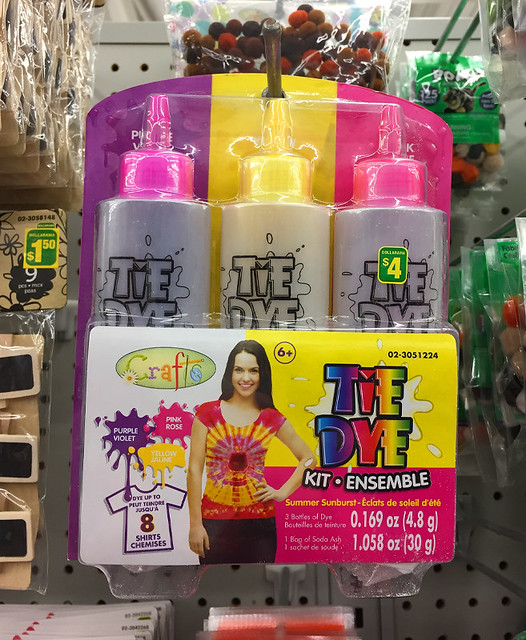 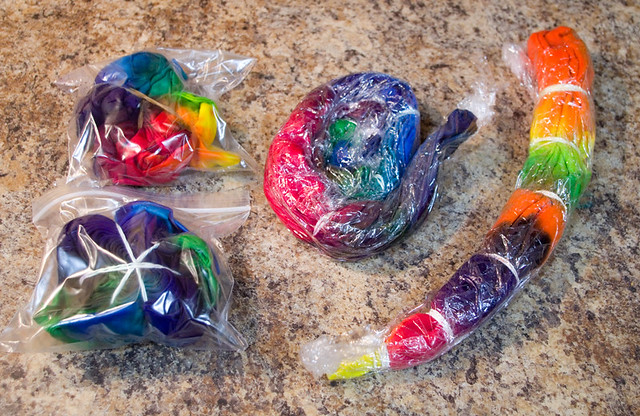 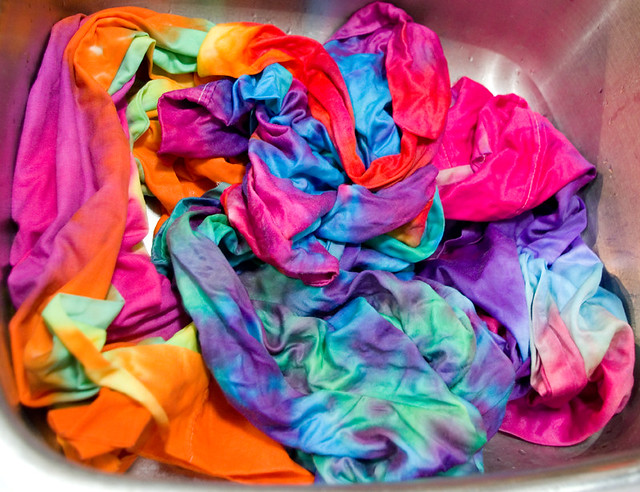 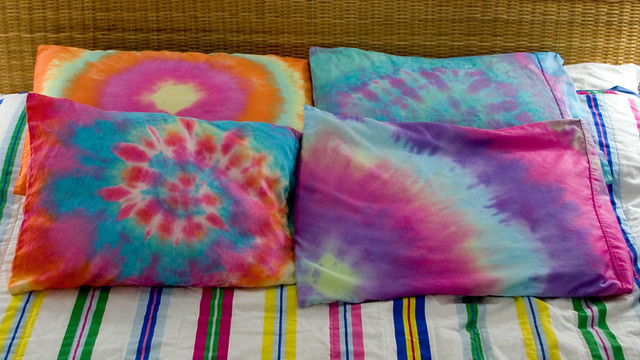