A while back, a friend of mine brought me a box of cooking pears from his neighbour’s tree, which was producing an overabundance. Not too long after that, he brought me a second box full. I’m told that these boxes of fruit kept appearing in front of his house under not-so-mysterious circumstances; apparently that neighbour was getting really tired of being beaned in the head by falling fruit. This week I finally had the chance to tackle this mass of pears. I’ve been cooking with them for over a month, but my rate of attrition was much too slow, and some of the fruit was starting to turn. 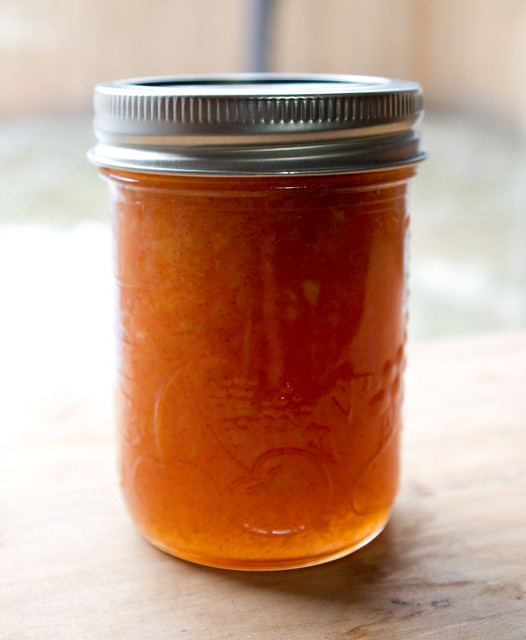 First I made a double batch of Cinnamon-Scented Parsnip Pear Jam, from page 407 of Preserving: The Canning and Freezing Guide for All Seasons by Pat Crocker (2011). As interesting as this combination appeared at first glance, I found the final result much too sweet; it uses twice as much sugar as fruit by volume, which is a very high ratio even by jam standards. It would still be nice on Dad’s Biscuits, fresh bread, or toast, but I guess I was hoping for more of a flavour punch given my success with this book’s carrot jam. However, I do agree with the book’s assessment that this jam, when mixed with a bit of orange juice, would probably make a lovely glaze in which roasted root veggies could be tossed. 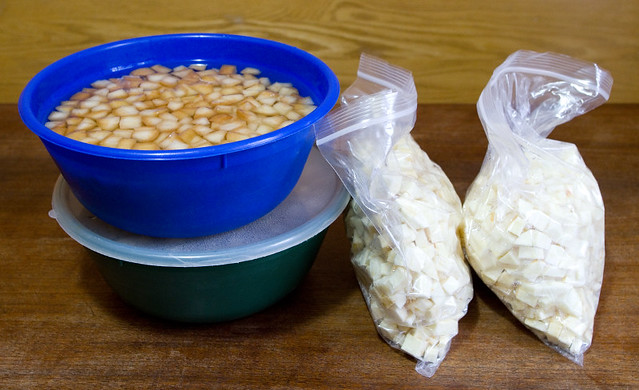 I well and truly overestimated how much fruit & veg to prepare to make this recipe, even doubled; I honestly thought I’d be able to get at least a quadruple batch in, but with all of that sugar, my pots just weren’t big enough. So I had a whole bunch of peeled, cut up pears (left) and parsnips (right) after this attempt. 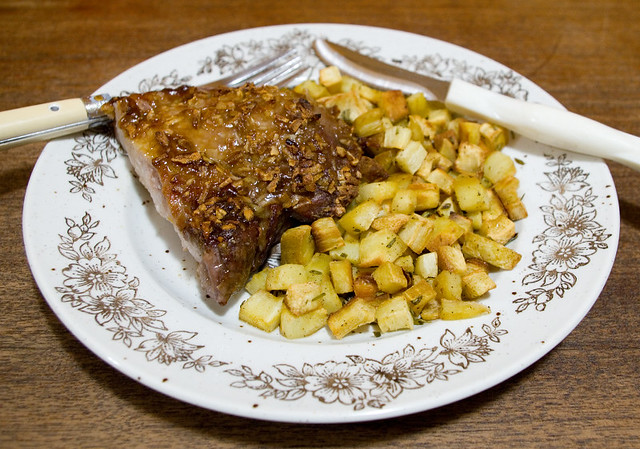 The parsnips became part of our dinner last night, roasted in the oven with a sprinkle of salt, pepper, rosemary, and olive oil. I served them with baked pork chops coated in dried onion soup mix, which is a dish from my childhood that I’ve been making a lot lately once I was reminded of it. It’s just so easy! I probably have enough parsnips left for another three dinners like this one, but I think that would get old fast. I’ll need to research another recipe. 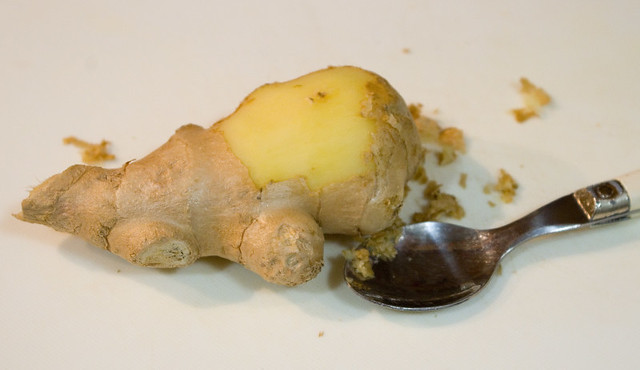 For my next recipe, I took a chance and tried peeling my ginger with a spoon, which is a kitchen hack I’ve seen floating around the Web for a while. I was quite satisfied with how this worked, actually. Not all cooking hacks are worth your time, but I found that this was honestly easier than a veggie peeler or a knife, and it wasted much less of the root. 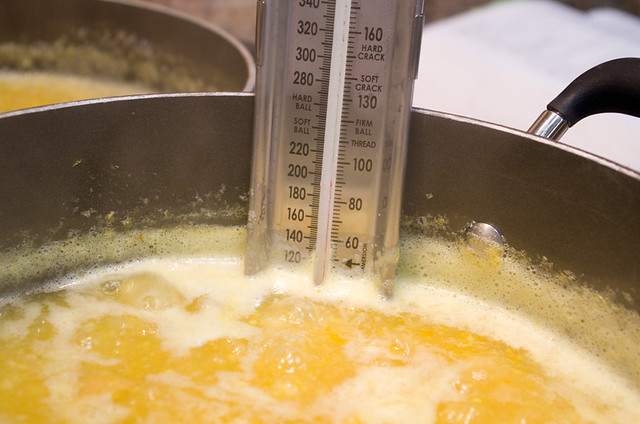 The next step was to break out the candy/deep fry thermometer and bring the next jam up to the jelling point. (As an aside, am I the only one who feels like they need a shield as their jam/jelly gets thicker and it starts spitting huge globs of boiling-hot sugar and juice out of the pot?) This time I made Spiced Pear Jam with Pineapple found on page 935 of the Joy of Cooking (2006 edition, Rombauer & Becker), or on the app. 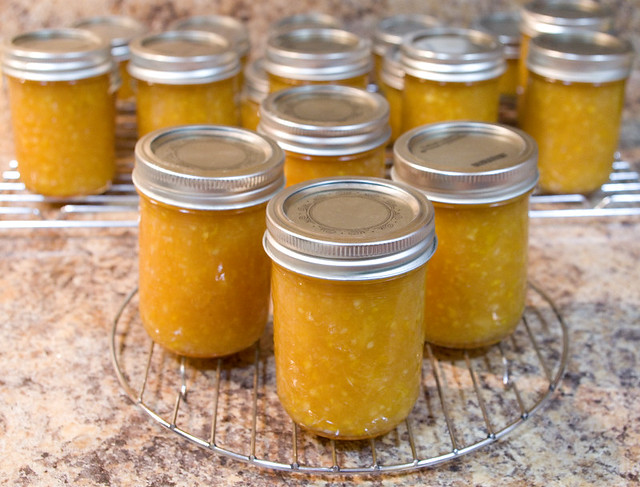 I was much happier with this jam than the previous one. I could definitely taste the fruit, and it wasn’t too sweet (it has a much lower sugar-to-fruit ratio). I have to admit that I couldn’t really taste the pineapple; the citrus note is definitely the strongest part of this jam, which isn’t necessarily a bad thing, although it does end up tasting more like a marmalade.

I probably still have enough chopped pears to make one more batch of jam. What kind should I make? I still haven’t decided. I have a lovely old recipe for pears poached in red wine and then canned, but that’s really intended for whole pears. These cooking pears needed to be chopped up to remove imperfections, so they’re sadly not really suitable to such a dish.