It’s come up before that I like old things, not just because they’re old, but for reasons that are:

a) stylistic (some of them are just pretty);
b) environmental (why buy new and add to pollution when there are working older versions of the same thing out there?); and
c) budgetary (old/used items tend to be cheaper than new, unless they’re very rare)

So it’s no surprise that when I recently found a really cheap vintage Dormeyer Princess stand mixer from the 1950’s up for sale, I jumped on the opportunity. I took the chance and bought it based only on some pretty bad photos, but I figured the risk was worth it. As I suspected, it needed a bit of work, but nothing I couldn’t handle. 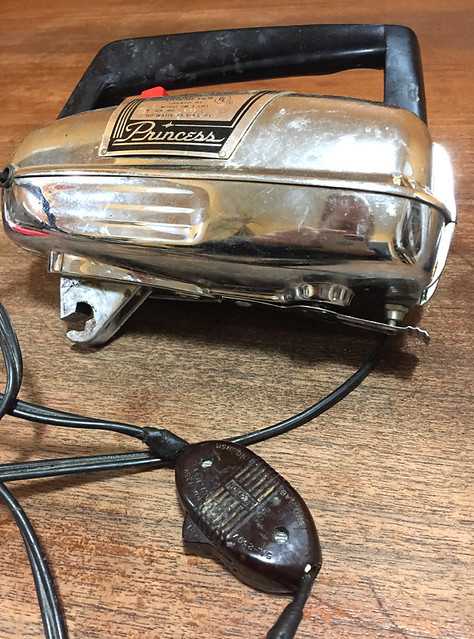 The main part of the mixer needed a bit of cleaning. 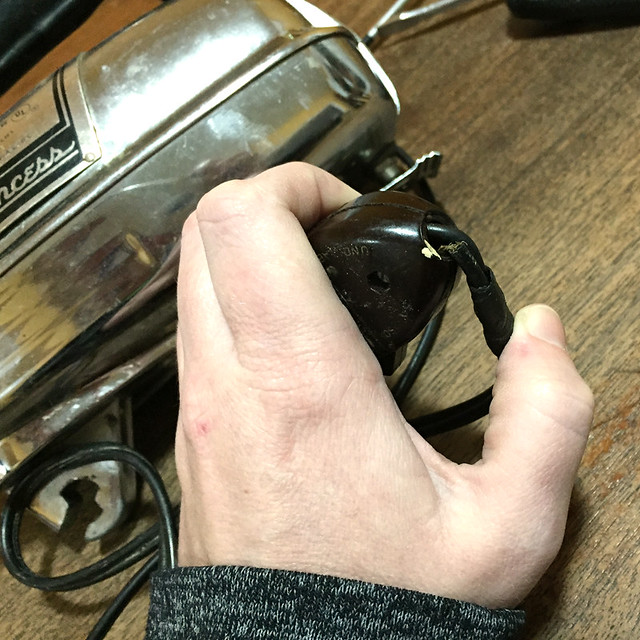 However, what I was most worried about was the state of the power cord, which was dangerously frayed. It looked like it had been poorly repaired more than once. So I went out and bought a completely new cord and installed that — a fairly painless process, as it turns out. 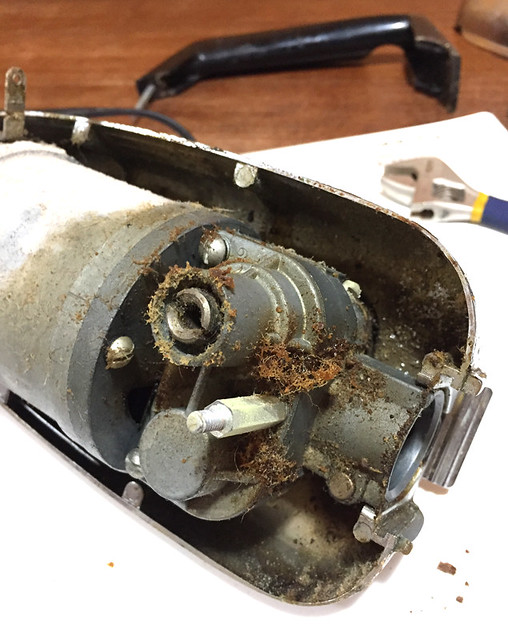 When I opened up the main body, it was disgustingly gungy inside. I took it apart as much as possible, washed all the non-mechanical bits in hot soapy water, and wiped down the motor and all electrical/mechanical bits down thoroughly. 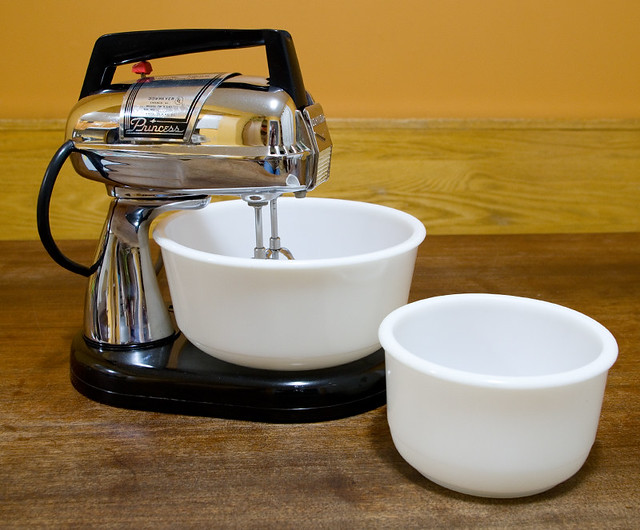 Now it’s clean inside and out, the wiring is safe, and it works like a charm! 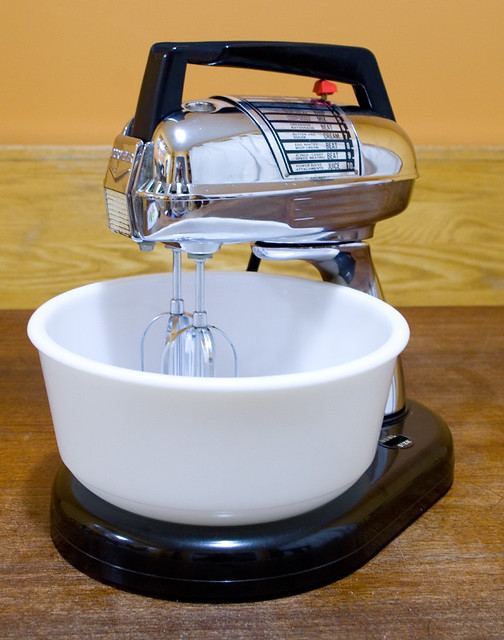 It’s pretty, too. I think the styling is very reminiscent of an old Chevrolet. 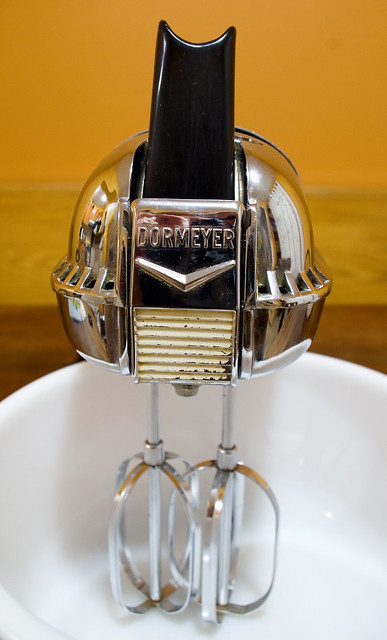 In the end, the total cost to me was about $30, plus an hour or two of work. Not bad when a nice modern KitchenAid stand mixer costs about $600. Apparently there was originally a juicer and a meat grinder attachment for this model, which I’ll keep an eye out for while thrifting. I wonder if I could find a dough hook that would work with it as well? That would be lovely.

One thought on “Vintage Stand Mixer”