Yesterday was what we generally call a “snow day” around here, as in the winter weather was so terrible that school buses were cancelled and the kids stayed home from school. But it was really more of an “ice day”, since it had snowed the day before and then the temperature jumped up so we could have freezing rain coating that layer of snow, and then just plain old rain creating puddles on top of it all. It was a mess. It was definitely an ice storm, if not the ice storm. 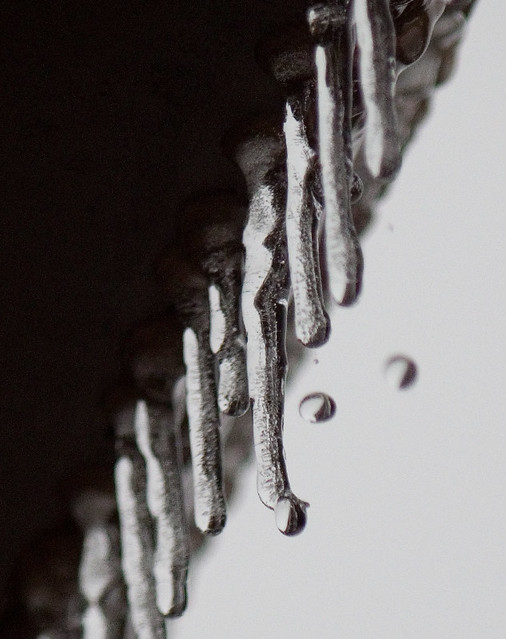 With the kids home from school and it being too dangerous to really get out of the house (that being the whole reason for the bus cancellations in the first place), I found myself trying to wrangle two active children with increasingly high levels of cabin fever. The day was taken up with playing, crafting, snacking, NERF target practice, and video games. When the weather cleared up a bit, the girls went outside with their father to clear the driveway while I cooked supper (no mean feat after the plough had been by, leaving a burm of ice and slush between our house and the road). 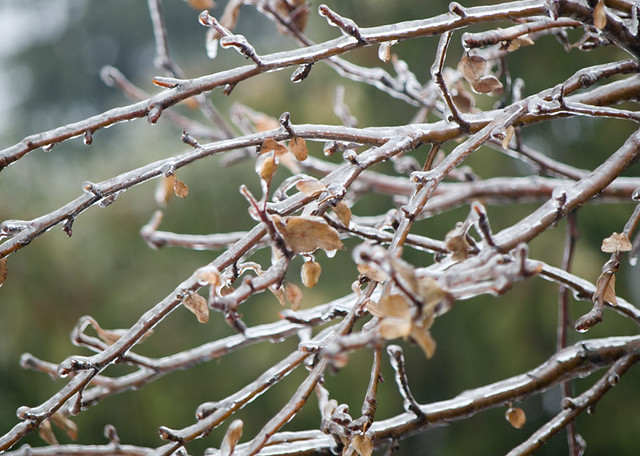 On days like this, you really have to cook with whatever happens to be in the house. My pantry and freezer are well-stocked, and although it would likely take us weeks to even feel hungry feeding on those items alone, I was craving something a bit fresher. I Googled to find some recipes for pasta sauce that I could make without hitting the grocery store, and I found PureWow’s Spaghetti with Avocado Pasta Sauce. I thought that it would be ideal because it is a sauce with a creamy texture (which I adore), but without any actual dairy products. 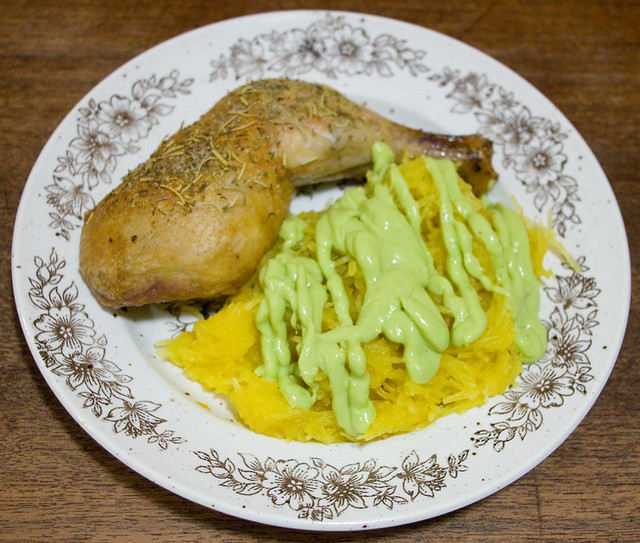 I served the sauce over cooked spaghetti squash, with baked chicken legs (sprinkled with my usual garlic powder, sage, rosemary, thyme, summer savoury, and sea salt). I only realized after I took the picture exactly how unappetizing the sauce ended up looking, especially since I couldn’t toss it in the “noodles” without them falling apart. Ignoring the other gross things it could look like, the shine on the sauce makes it look like icing or a glaze, which it did not taste like at all. Flavour-wise, it was like eating guacamole, without the heat of peppers. Honestly, it was a little bit bland. I’d like to try this recipe again, but on actual pasta, with some fresh herbs thrown in (Googling has suggested basil and cilantro), and possibly some sliced cherry tomatoes. 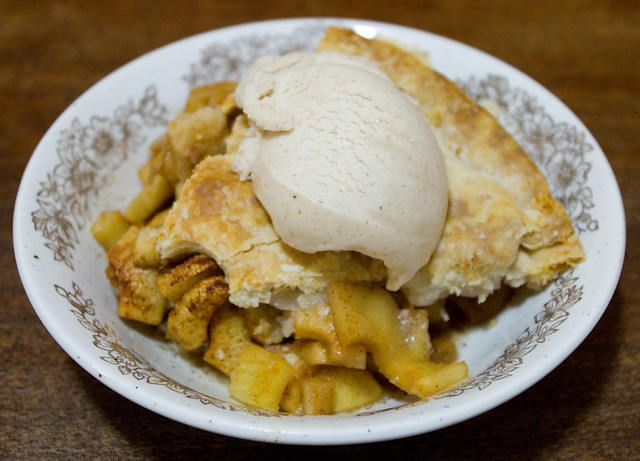 At least dessert was a success! I heated a frozen apple pie from Mom’s birthday dinner (I always make two pies when I bake, one for the event and another to throw in the freezer for future use). When reheated from fully frozen, it usually takes about an hour in an oven at 350°F. I served the pie with a scoop of non-dairy vanilla “ice cream” for me and whipped cream for everyone else. There were no complaints on that score!