Last night I ransacked my freezer and pantry in order to continue the trend of preparing meals that don’t require long cooking times indoors, which would heat the house up unduly. I came up with a box of spaghettini noodles, a small container of last year’s basil pesto, a package of sole fillets, and almost a pound of reduced-salt bacon. 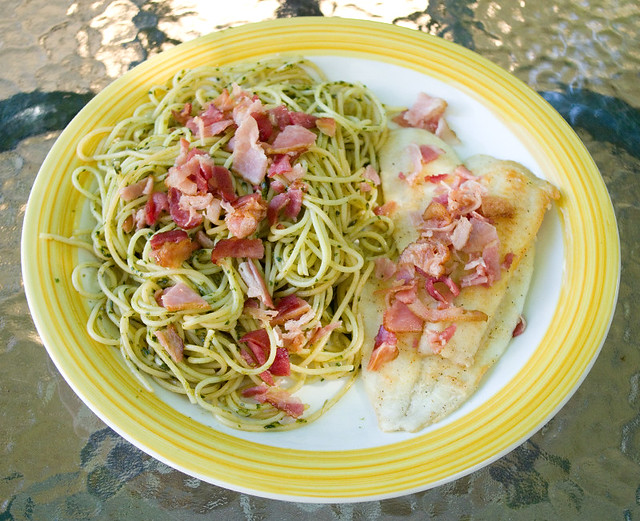 What that turned into was essentially a meal where there was bacon on everything. I boiled up the spaghettini, drained it, and coated it in pesto. Then I dredged the sole in flour mixed with a bit of garlic powder, salt, and pepper, and then I pan fried it. (Whenever I cook my fish like this, I can’t help but think of lightly fried fish fillets, though.) I cooked up all of the bacon in the microwave, chopped it into bits, and sprinkled it on darned near everything.

My family couldn’t have been happier. 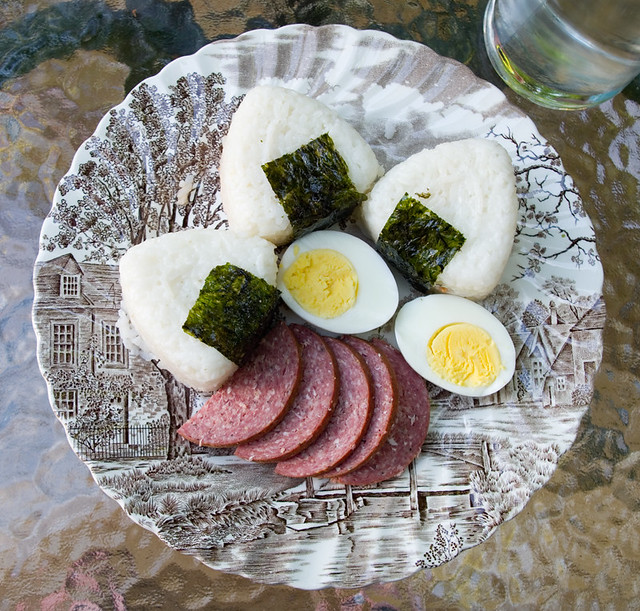