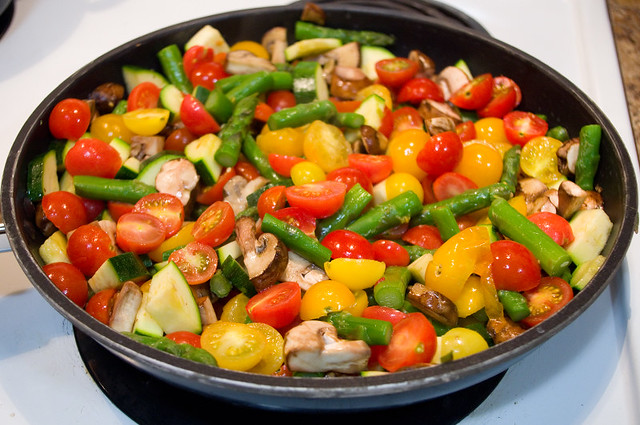 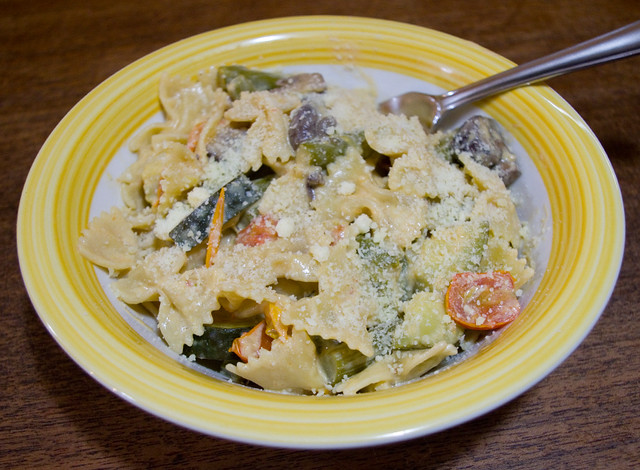 Last week on Facebook, Delish re-published their dill pickle bread recipe from May 2017. I wasn’t following their feed back then, so it was all new to me! Only days before, I had been having a conversation with a friend of mine about how she stretches the use of the dill pickles that I give her for Christmas by also using the brine. When this recipe popped up, I knew I had to make a loaf of dill pickle bread for her — and one for myself too, of course. 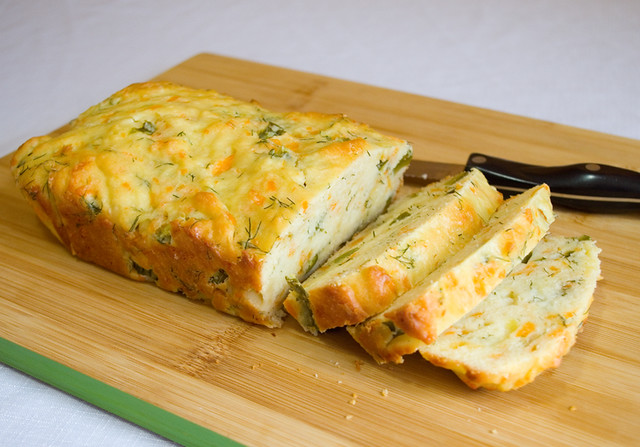 The only changes I made to this recipe were to use lactose-free cheddar and sour cream instead of the regular kind. I was worried that this would mess with the consistency a bit, but from what the instructional video shows it’s a very thick batter that doesn’t rise much anyway. If that’s what was intended, that’s what I got! The end result is a very heavy (heavier than whole-wheat banana bread), very savoury quick bread. I paired it for one breakfast with eggs over easy, but the pickle flavour completely overwhelmed the more delicate eggs. I would suggest eating it by itself, either plain or toasted with salted butter, or with more potent deli meats such as salami, pastrami, or Montreal smoked meat. If you love dill pickles, you’ll love this bread — but if you’re only a little on the fence, there’s a good chance you won’t like it at all. Don’t say I didn’t warn you.

Last night I wanted to try something new for dinner, but I didn’t want something that would take forever and a day to prepare. The perfect compromise was the Chicken Pot Pie Noodles recipe from Delish that came across my Facebook feed the other day. 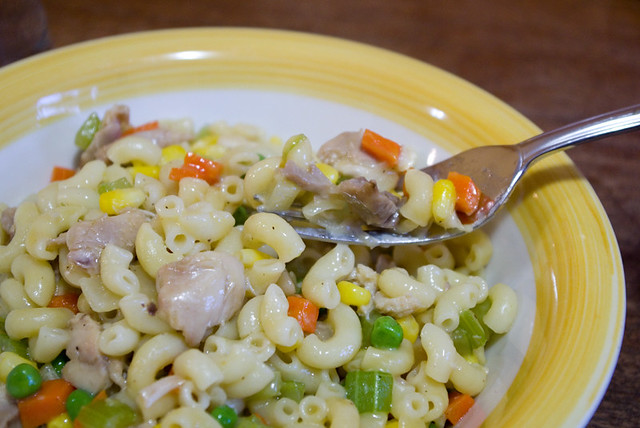 It was as easy as promised, although it did take me a bit longer because I had to cook the chicken beforehand — but that was just a matter of throwing some chicken legs and thighs on a roasting pan, seasoning them, and putting them on a roasting pan at 350°F (175°C) for about 45 minutes. This recipe would be much faster if I had precooked chicken, and I think it would be a great way to use up leftovers. I had to make my version dairy-free, so I substituted margarine for butter and coconut milk for heavy cream. I’ve found in the past that these are good replacements, and they worked just as well as expected. There was a slight flavour of coconut to the sauce, which isn’t strongly spiced, but that didn’t bother me. Also, I used macaroni instead of egg noodles, just because that’s what I had in the pantry, and it worked just fine.

Would I make this recipe again? Most definitely! I think it’s a great addition to my weeknight repertoire.