I have been testing out the recipes for my breadmaker recently, because I want to move on from recipes in the instruction manual to the cookbook Canada’s Best Bread Machine Baking Recipes (Donna Washburn & Heather Butt, 1999) that I picked up for a song second-hand. I have a Black & Decker All-In-One Deluxe Horizontal Breadmaker, and I feel it needs to be put through its paces before I start experimenting. To that end, I tried out the recipe for Super-Rapid Basic White bread that can be found on page 21 of the manual. 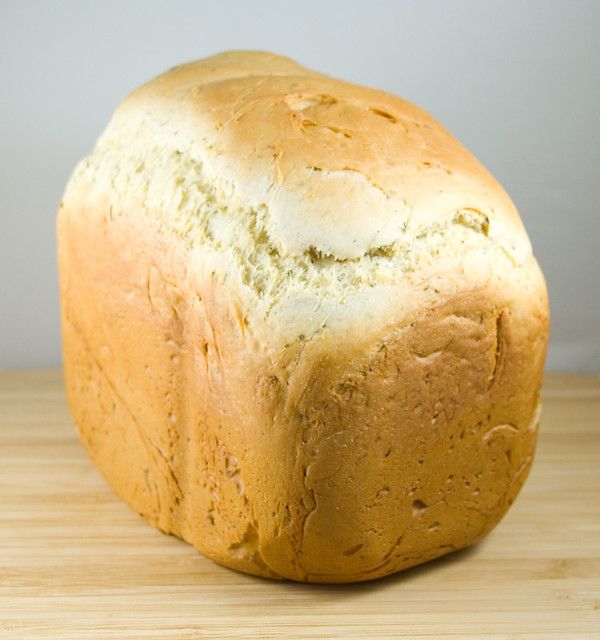 Physically, it turned out well; it was shaped properly, and it smelled great. However, I wasn’t terribly satisfied with the texture. I found this bread to be very dense, with few pockets created by air bubbles. I think that this is because of the super rapid bake function, which makes a loaf of bread in just over an hour (the regular loaves take about four hours). It just didn’t give the bread the chance to rise and get fluffy like a longer rising period will do. I will have to make a few more of the super rapid bake recipes to see if my theory is correct. 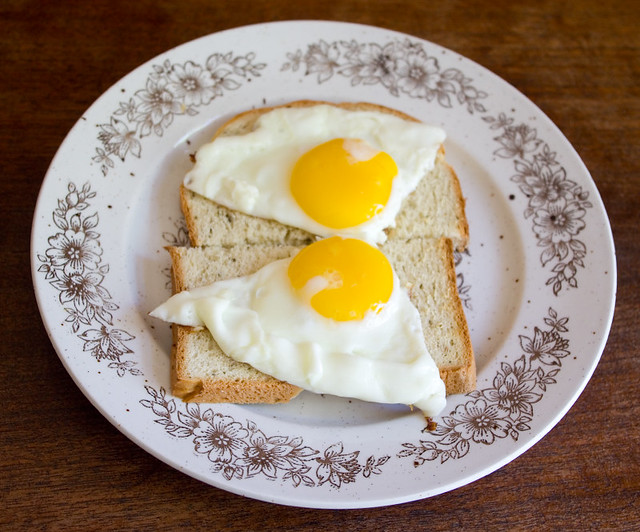 That being said, the bread was definitely edible. It reminded me of the cheap white bread loaves that are available at the grocery store, albeit with more flavour from the herbs. It toasted up nicely and went well in sandwiches and alongside sunny-side-up eggs. 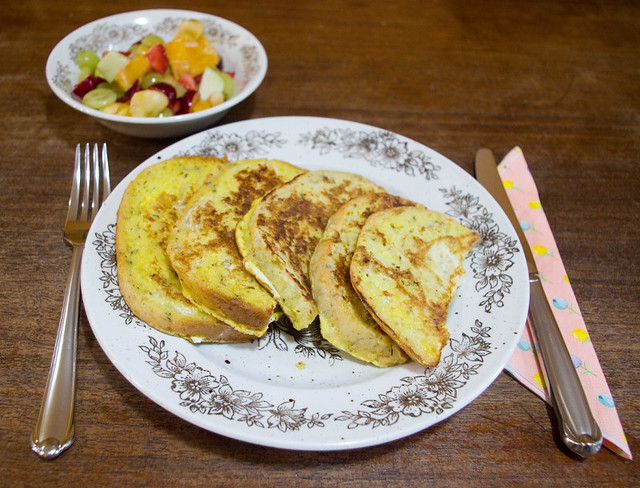 I discovered that the denseness of the bread made for particularly good French toast. It soaked in the eggs without falling apart, which made it much easier to cook up than a lighter loaf. The herbs in the bread also went surprisingly well with butter and syrup, probably because it was only lightly flavoured. I think I would make this recipe again, but only if I had an end dish in mind in which to use the bread, not to eat it on its own. I have a feeling it would also make a lovely grilled cheese.