I think I’ve finally gotten the beer bread recipe to the point that I feel it’s good enough to share! This bread is customizable based on what kind of beer you choose to use. For this bread I chose to use Lost Craft’s India Pale Ale, which is a nice, light beer with only a 4% alcohol content. But feel free to choose the beer that you like best! A stout will make a much darker, richer bread, while a crisp, light beer will have a much less pronounced taste. You could even use a non-alcoholic beer. Additionally, you can choose to omit the caraway seeds, which do have a strong flavour of their own, so that the beer shines through. 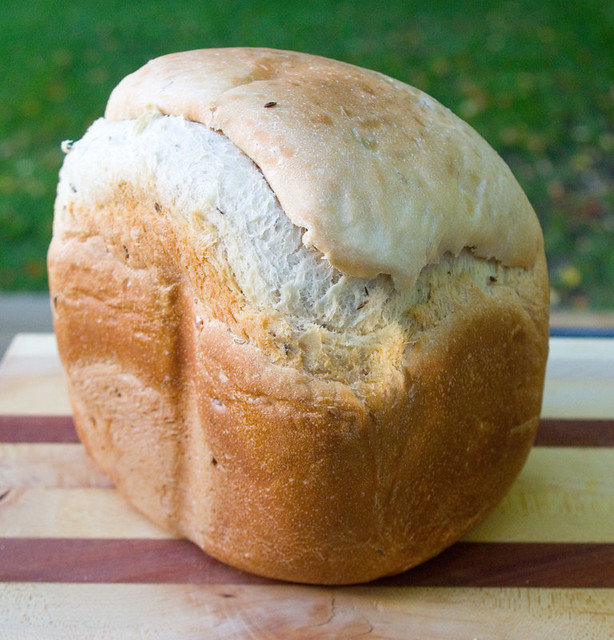 The beer that you choose to use changes what it goes well with. It’s a light fluffy bread no matter the beer, so if you’re going to spread something on top, it’s best to toast it first. With a light ale and caraway seeds, I like it paired with a sharp cheese, deli meats, and/or a touch of mustard. Without the caraway, I have served it with eggs and toast for breakfast, and received quite a few compliments. 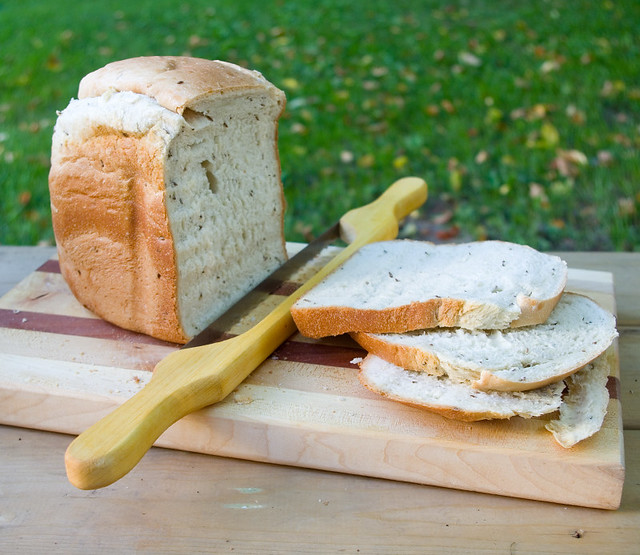 Into the bread machine pan, pour:
– 1 ½ cups India pale ale
– 2 Tbsp olive oil
Over the liquids, pour evenly:
– 4 cups flour
Into one corner of the pan spoon:
– 1 Tbsp sugar
Into the other corner of the pan, spoon:
– 2 tsp salt
Make a divot at the center of the flour. Into the divot, put:
– 2 tsp yeast
Over the top of all of the ingredients, sprinkle:
– 3 tsp caraway seeds

It’s as simple as that!