Last night was one of those nights where it seemed like all I did was run from pillar to post and back again. It started as soon as the kids got home from school. There was snacks, then showers, then finding all of the parts of their Guiding uniforms (or, in Thing 1’s case, a matching set of PJ’s for her unit’s holiday pajama party), then the kids making their lunches while I whipped up dinner…

Dinner was what I think might very charitably be called deconstructed shepherd’s pie. I had taken the meat out earlier in the day to thaw, but by the time dinner prep time came around I knew I’d never have time to bake it as a casserole. So I prepped the meat as I would for my usual shepherd’s pie (with a few extra mushrooms thrown in because that’s what I had in the fridge), boiled up some baby potatoes, and microwaved some corn. Instead of layering it into a casserole, I just served it as is. The kids ate all of theirs without complaint, and I found it almost as tasty (if not as creamy) as the real thing, so it worked out okay. 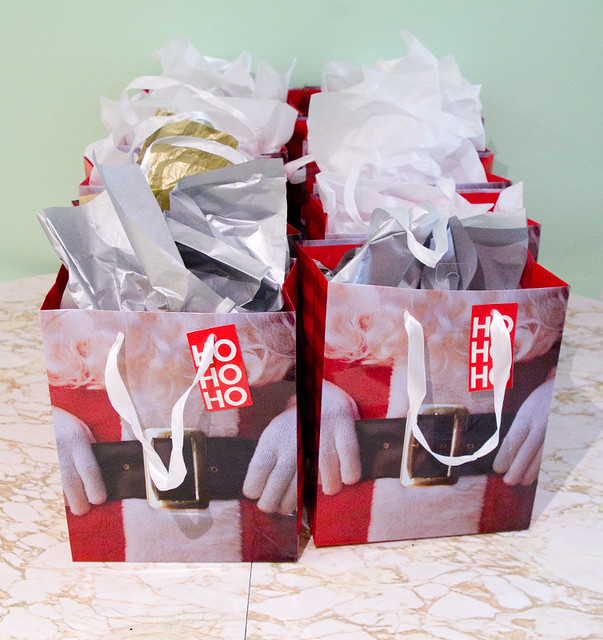 Then I had to wrap Christmas thank-you gifts for my girls’ Guiders. Guide leaders are volunteers, and I think it’s important that they know how much my children and I appreciate all of their hard work. Without Guiders, there would be no Girl Guides. I couldn’t do what they do (despite having two children that I adore, my patience levels with children is not great), which is why I try to support them in other ways. 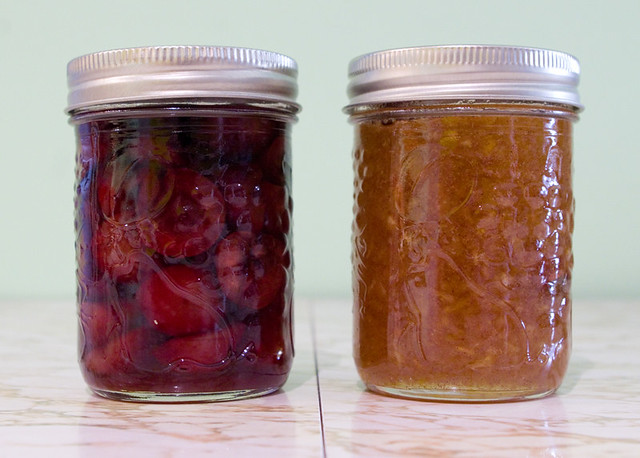 Although the bags look slightly different, that’s mostly because I ran out of white tissue paper near the end. They’re all identical inside, containing Amaretto Cherries and Cinnamon-Scented Parsnip Pear Jam. I am very quick at gift wrapping, having worked the wrapping station in a number of retail jobs over the years, which comes in handy when I have ten gift bags that I’ve forgotten to put together until the last minute. I could have sworn Thing 1 and Thing 2 had one more meeting before the holiday break, but obviously I was mistaken. 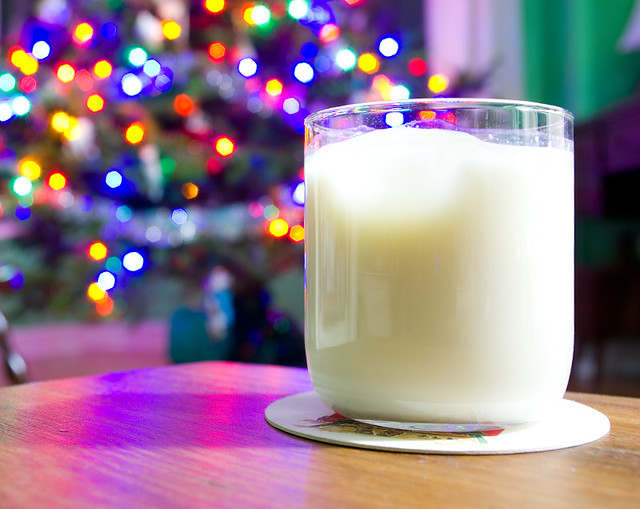 Then I had to rush out the door to drive the kids through a snowstorm to their respective Guiding activities for the evening — Thing 1 to her pajama party and Thing 2 to sing Christmas carols at a retirement home. Of course, I got stuck spinning my tires on a patch of ice as I left my driveway, and luckily my husband arrived home just in time to help push the car. Then it was a very slow, cautious drive to the girls’ activities, then another slow and cautious drive to my parents’ place to help them put up their Christmas tree, then back to pick up the girls and get them home and in bed for the night, despite the huge amounts of sugar they had consumed.

When all that was over, I had to relax a bit. I poured myself a lovely glass of rum and eggnog (okay, Earth’s Own Almond SoFresh Almond Nogg, which isn’t a half-bad substitute for the lactose intolerant). I had a real tree twinkling with lights in the living room. And, at least for a few hours, I tried to ignore the fact that I had less than two weeks to go to get everything done before Christmas.